In this article, I would like to introduce GOOD SMILE COMPANY’s “Homura Akemi ~The Beginning Story / The Everlasting~”. 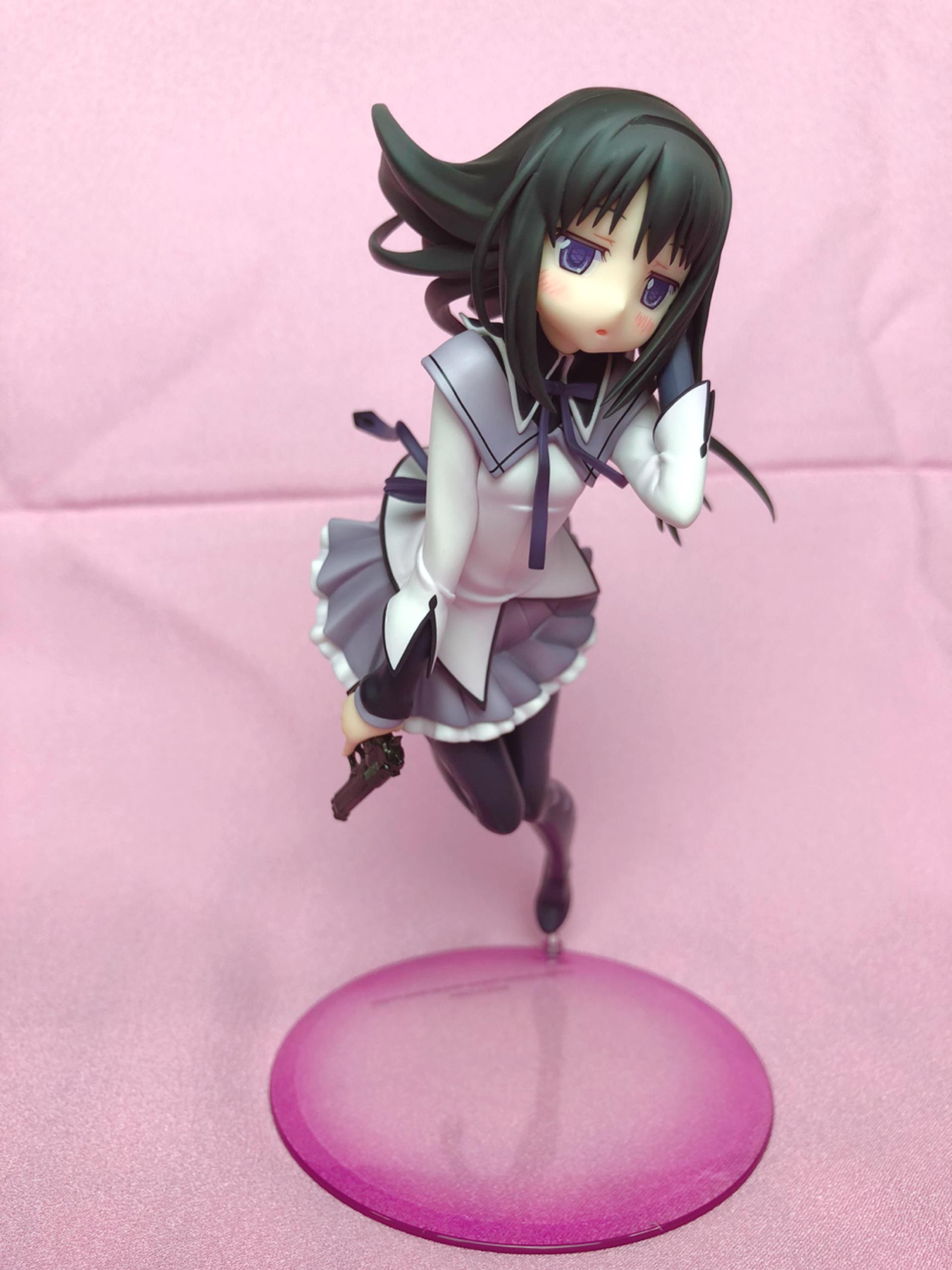 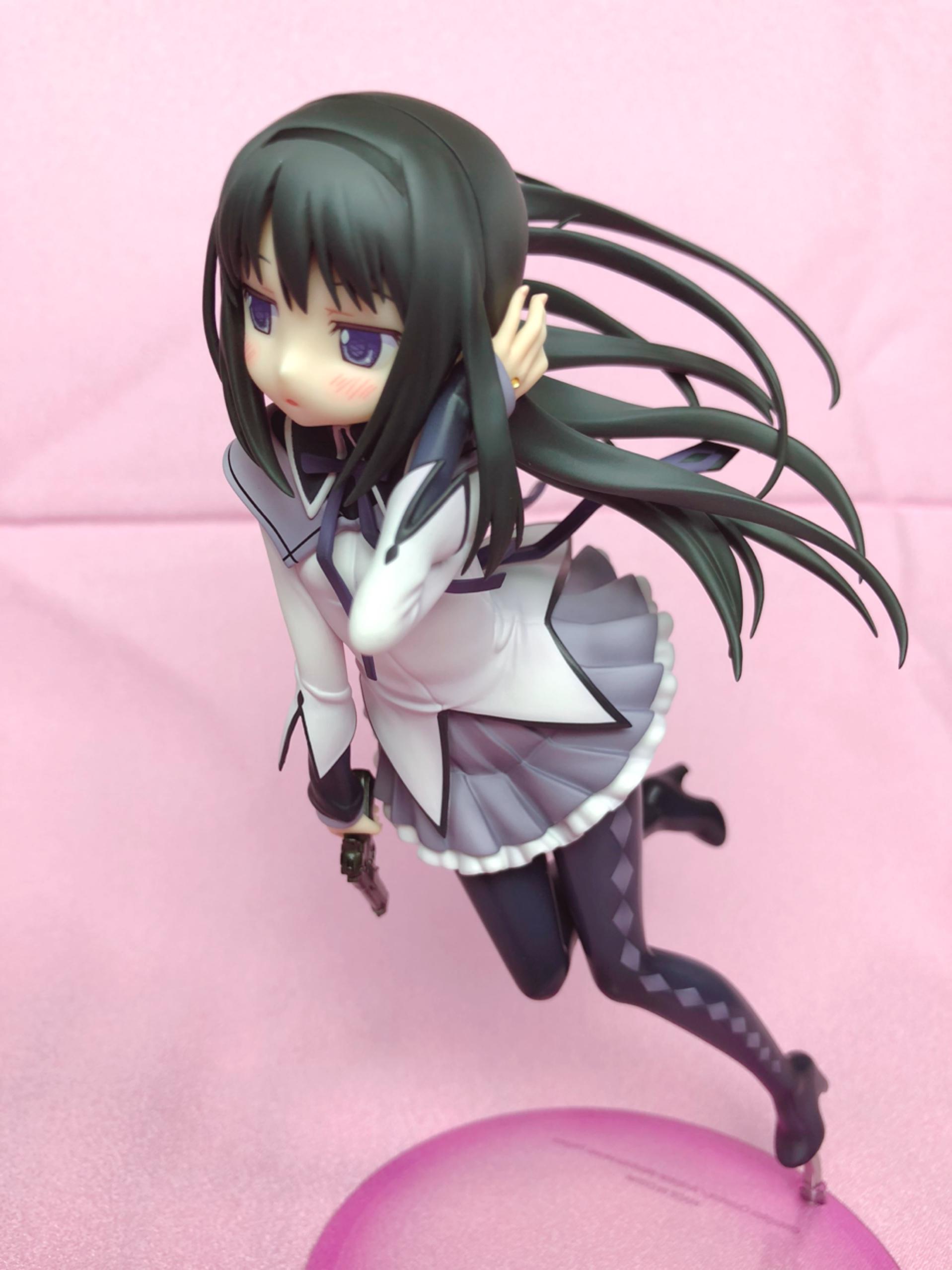 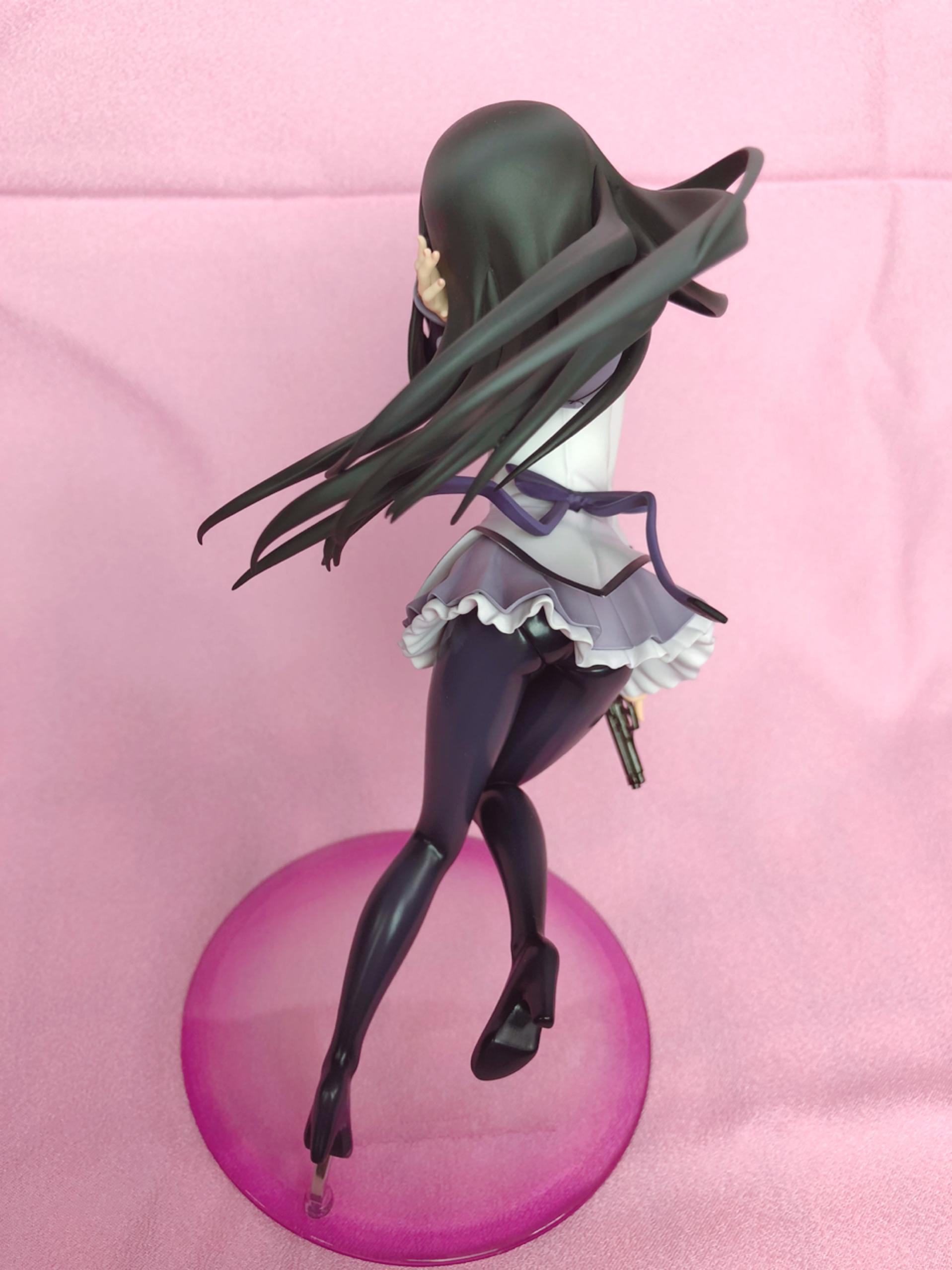 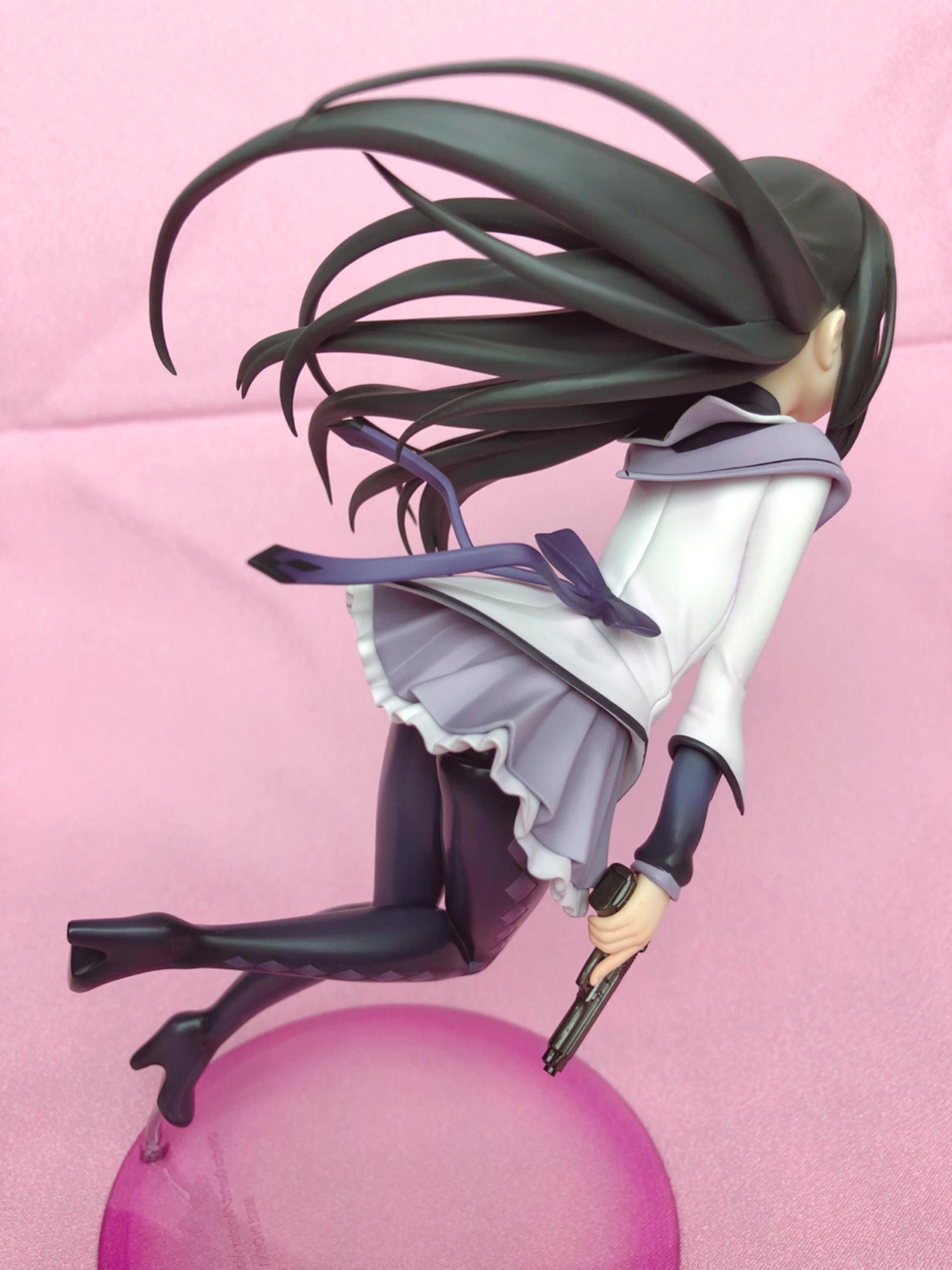 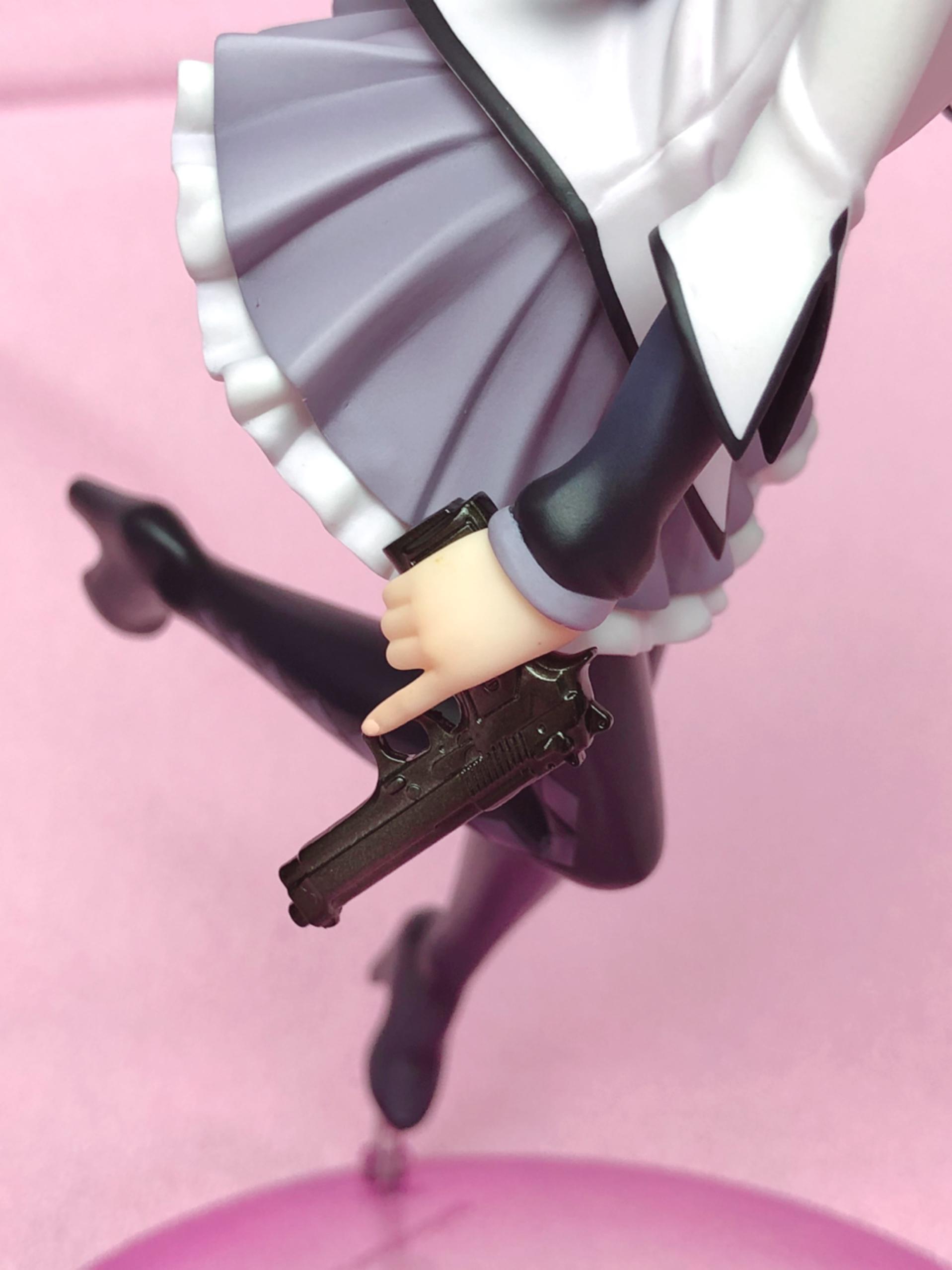 This figurine is a three-dimensional and arranged version of the movie’s key visuals drawn by the original character designer, Ume Aoki. The soft touch of Ume-sensei’s illustrations has been recreated!

Here are three of my favorite things about this figurine!

First, let’s talk about the shape of the skirt modeling.

The pleats on the skirt are very carefully crafted. I love pleated skirts because they allow for so much movement! This figurine also has pleats that flow to the right, giving it a more dynamic look. 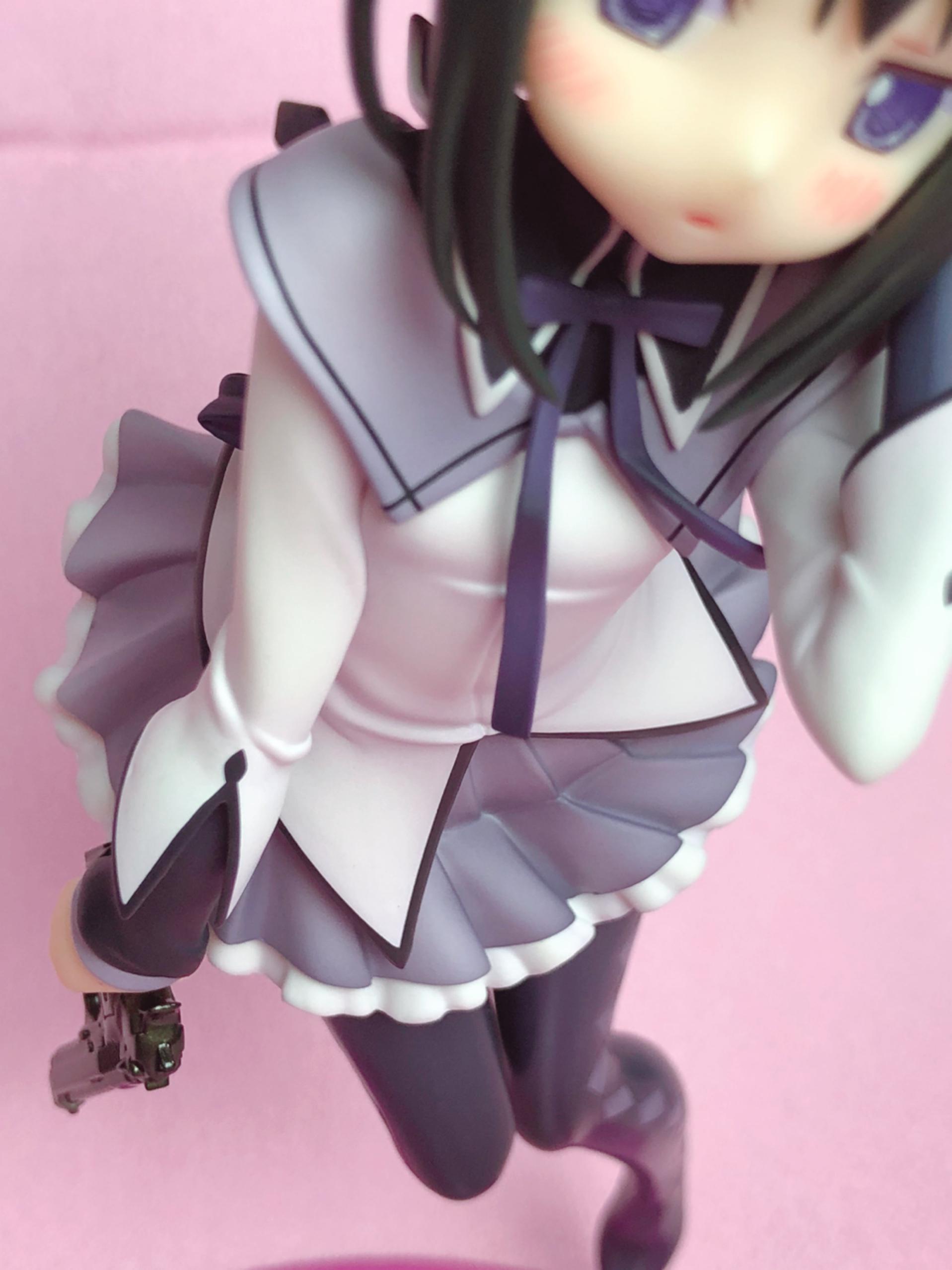 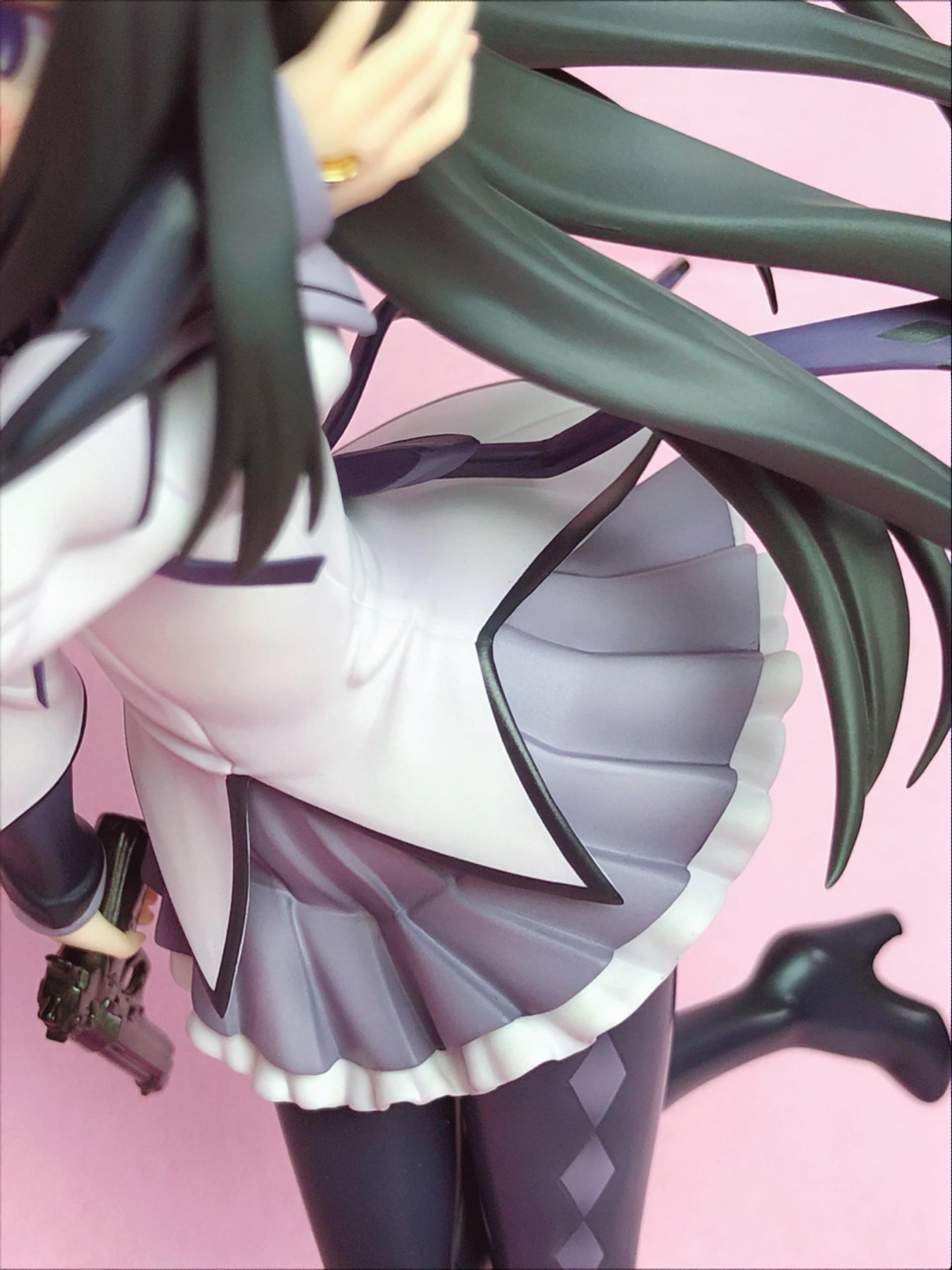 The skirt does not move the same all the way around, but spreads higher on the right side, following the wind blowing from the left. The skirt is creased around the base of the legs, giving it a more three-dimensional look. 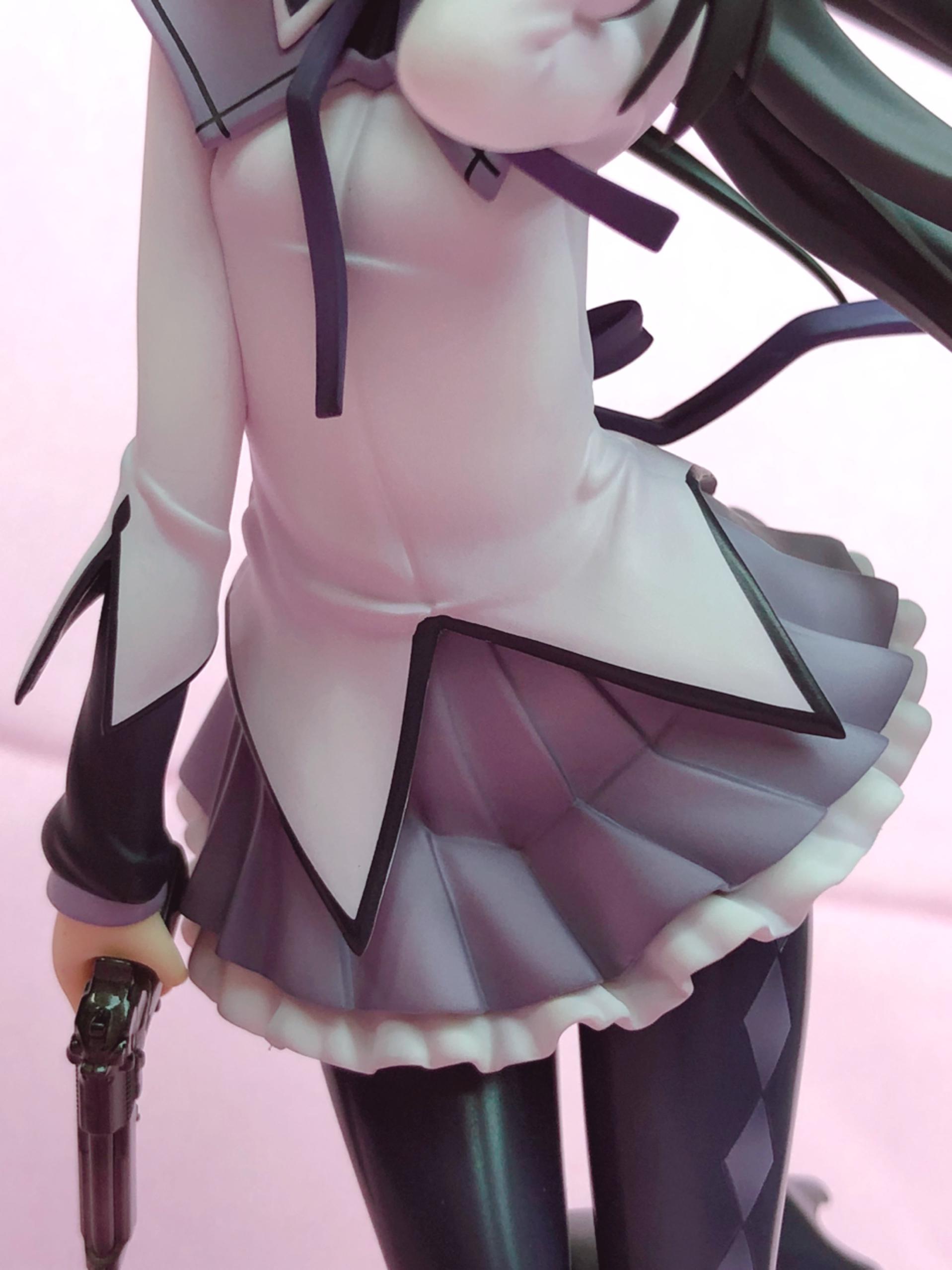 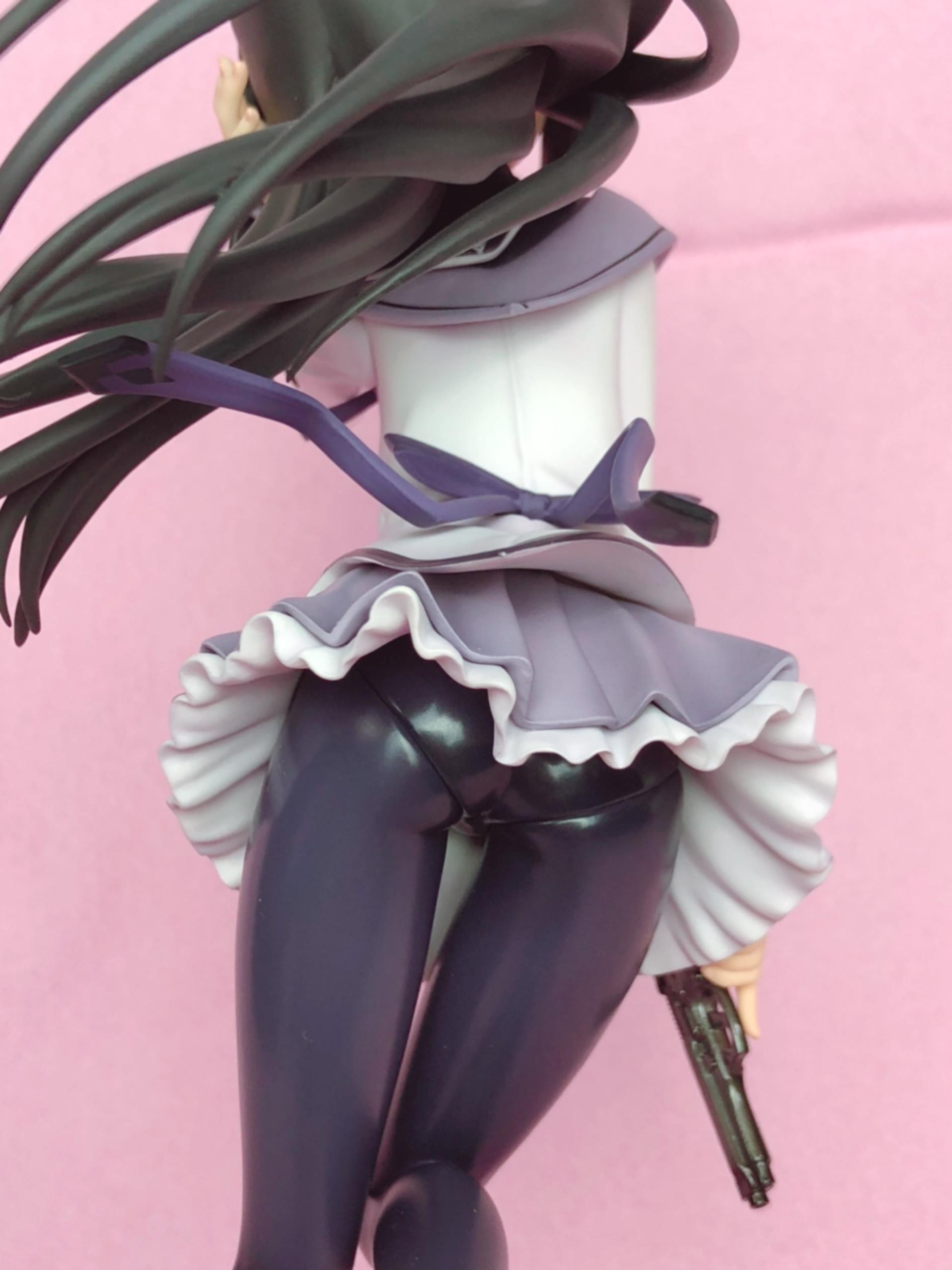 Her hair is blowing in the wind, giving it a floating effect. The left hand is holding the hair in place, so the hair is loose in that area. 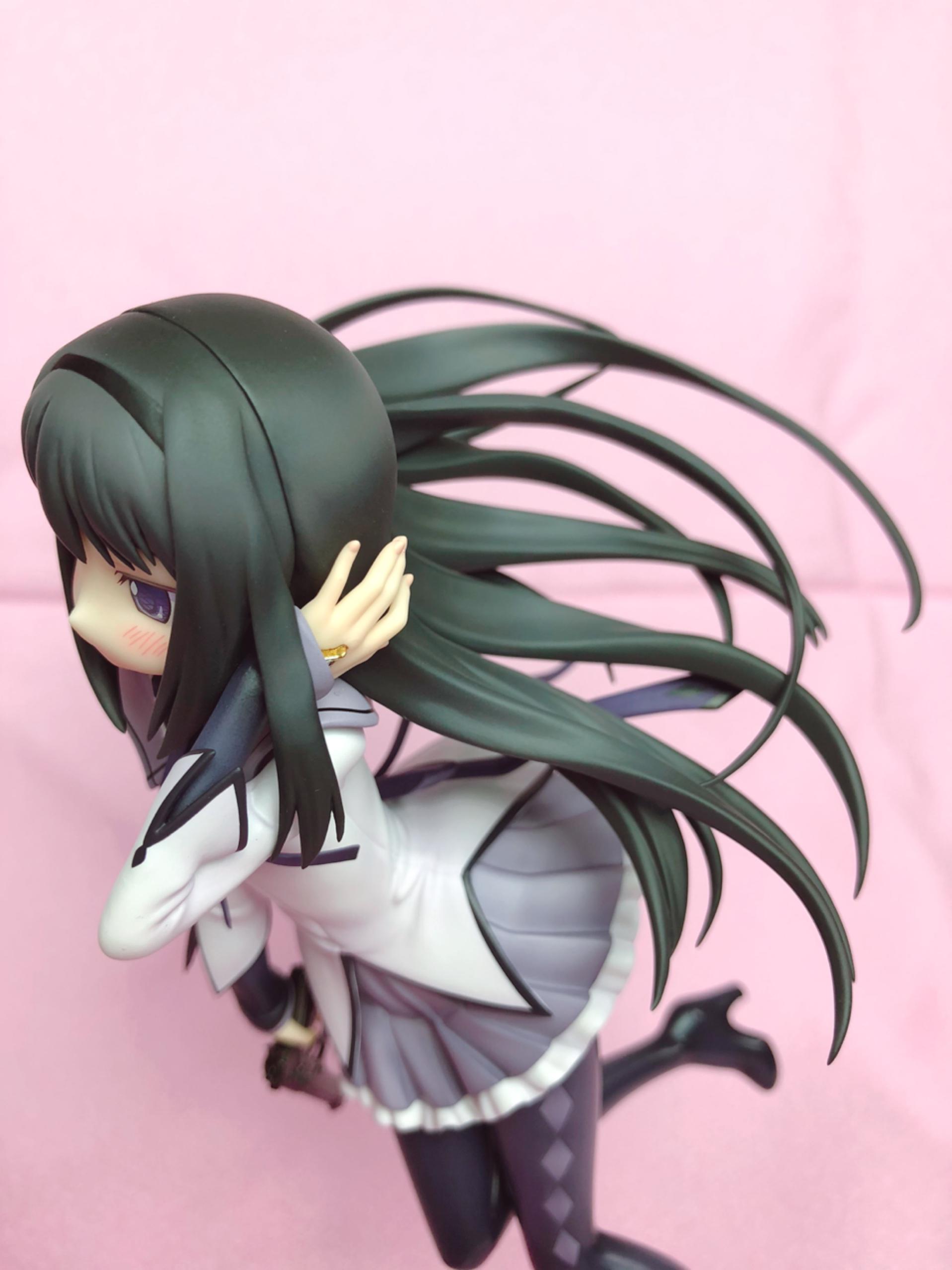 Instead of letting her hair flutter up and down and left and right in a big way, it’s flowing in clusters from the top left to the bottom right, which I think even expresses her calmness. 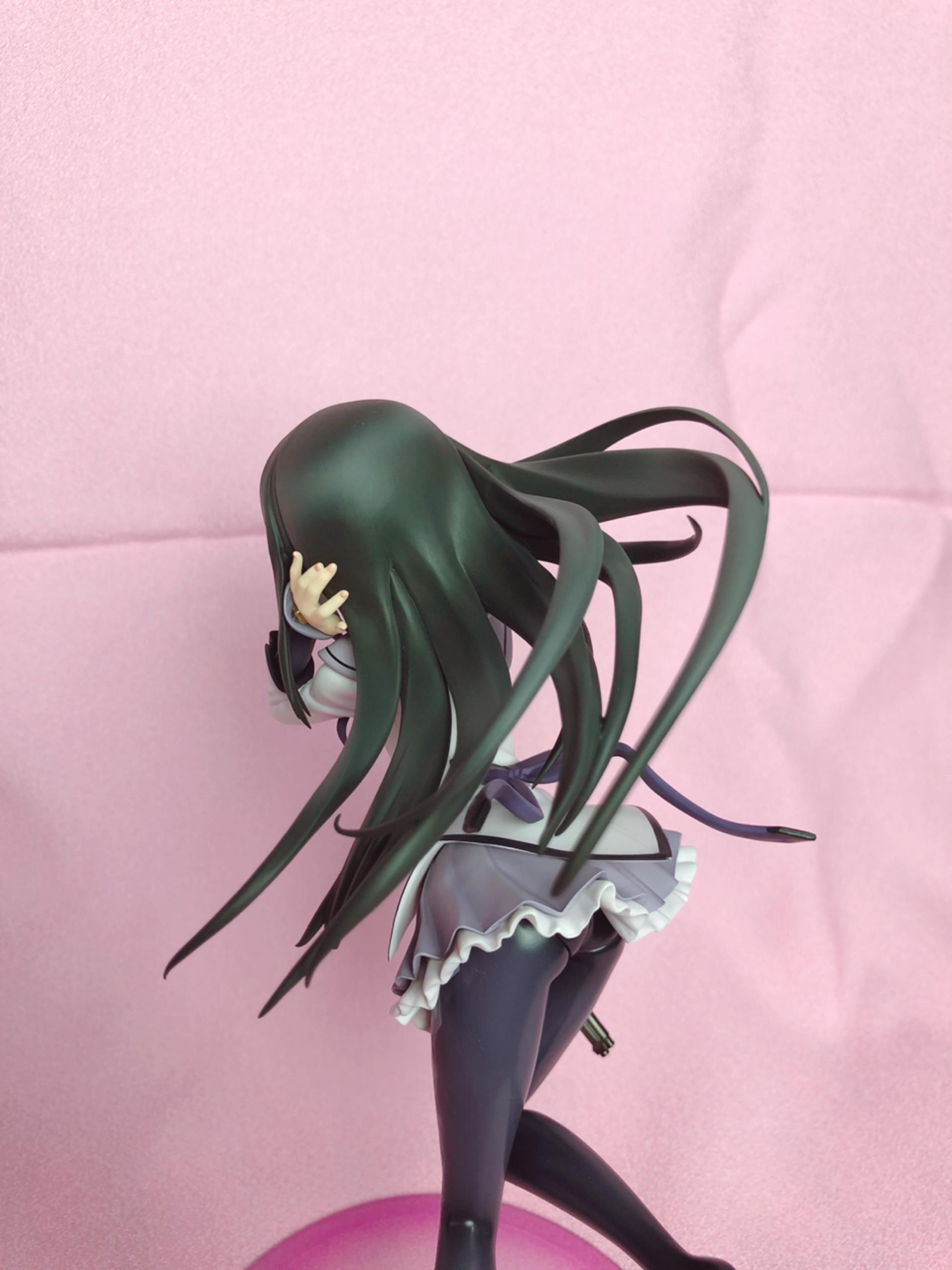 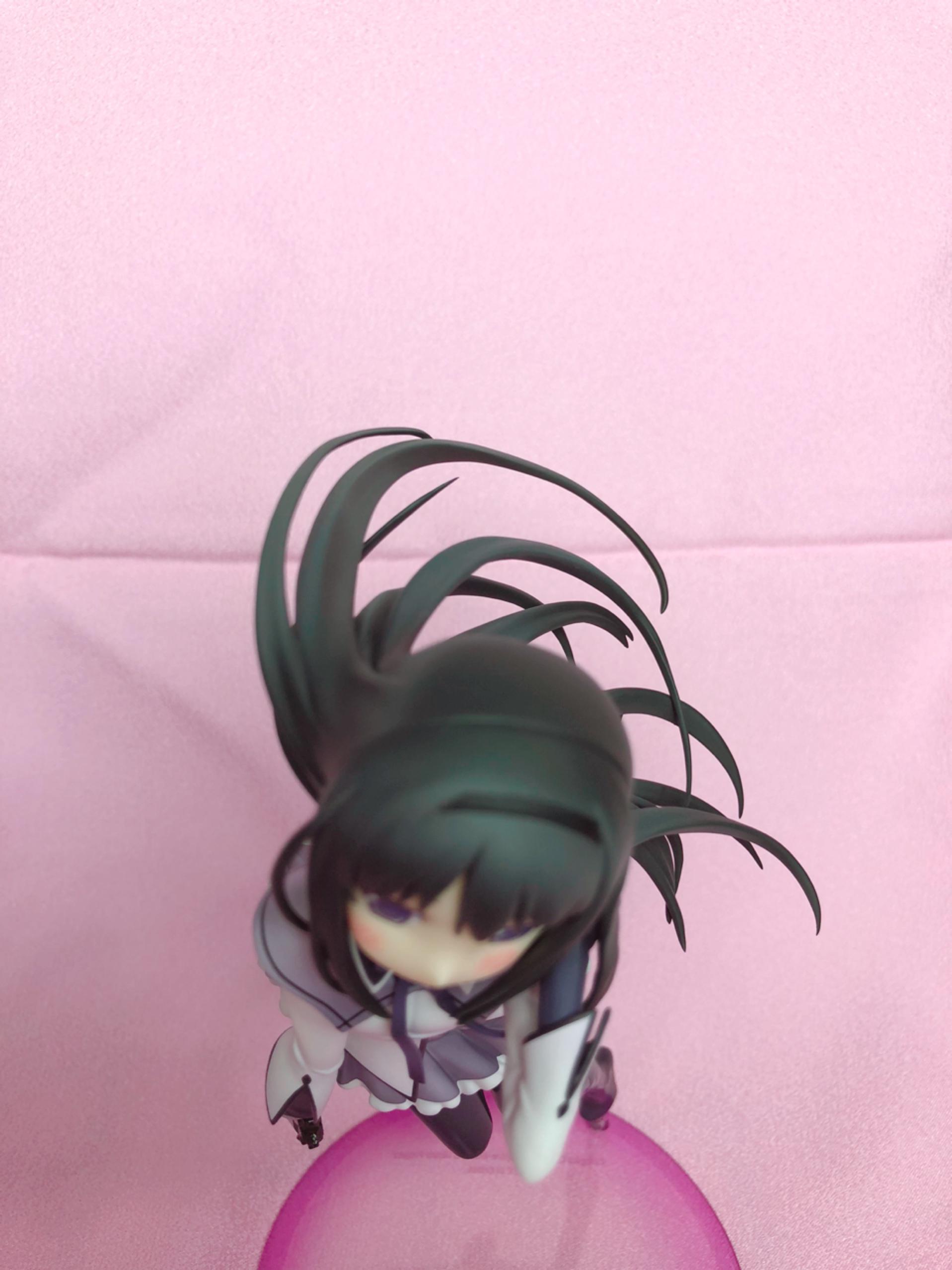 Third, let’s talk about the ribbons on chest and back.

I think the ribbon is the accent of this costume. And of course, the ribbons are carefully crafted! The ribbons have longer ties and flutter to create movement. The ribbon on the back is very noticeable, I think. 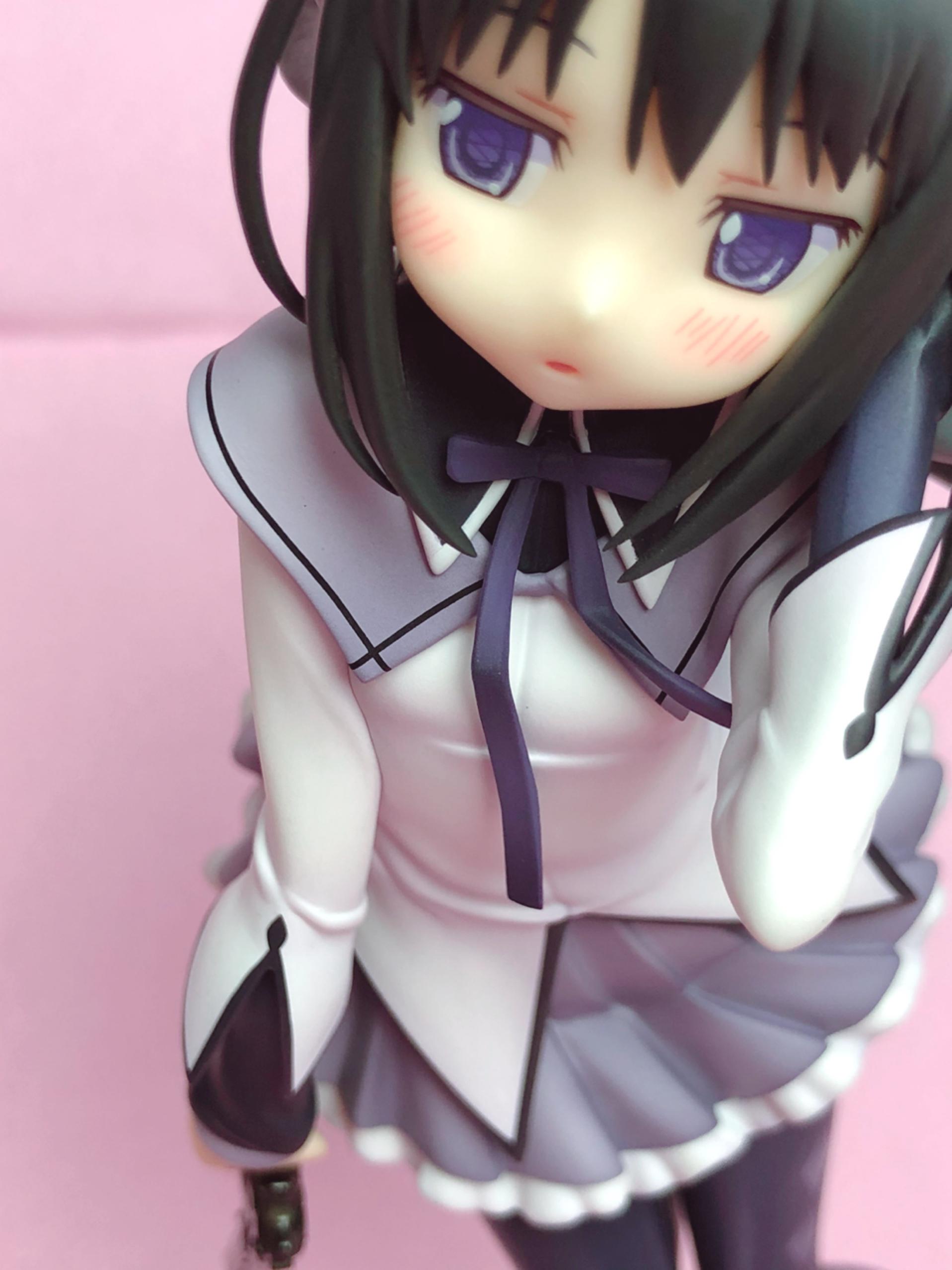 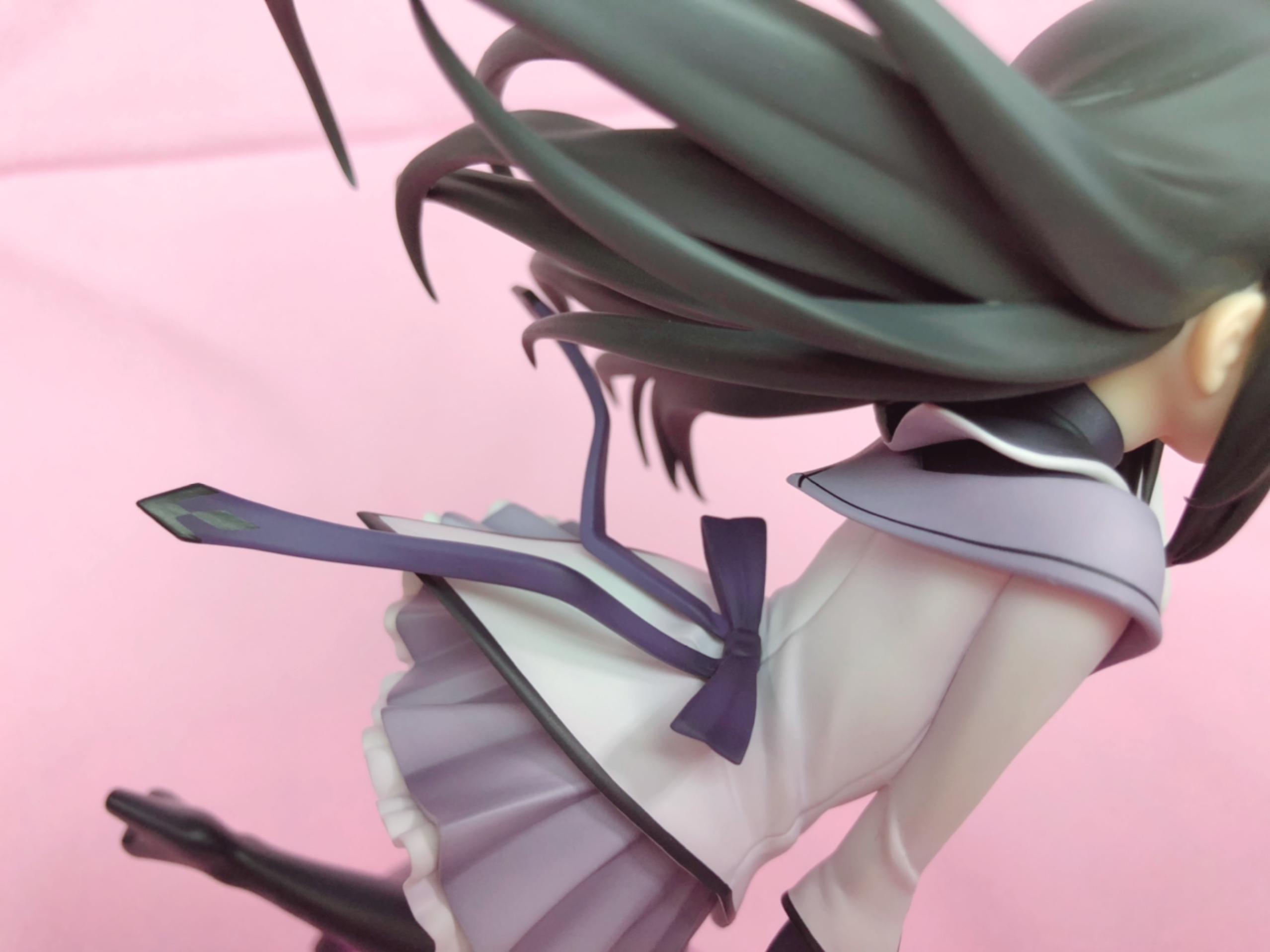 Instead of running both ribbon strings to the left, one of them is run up instead of down to the left, which gives it a sense of style and it show the talent of the artist as well. And the print on both sides of the pattern at the end of the string is a nice touch! 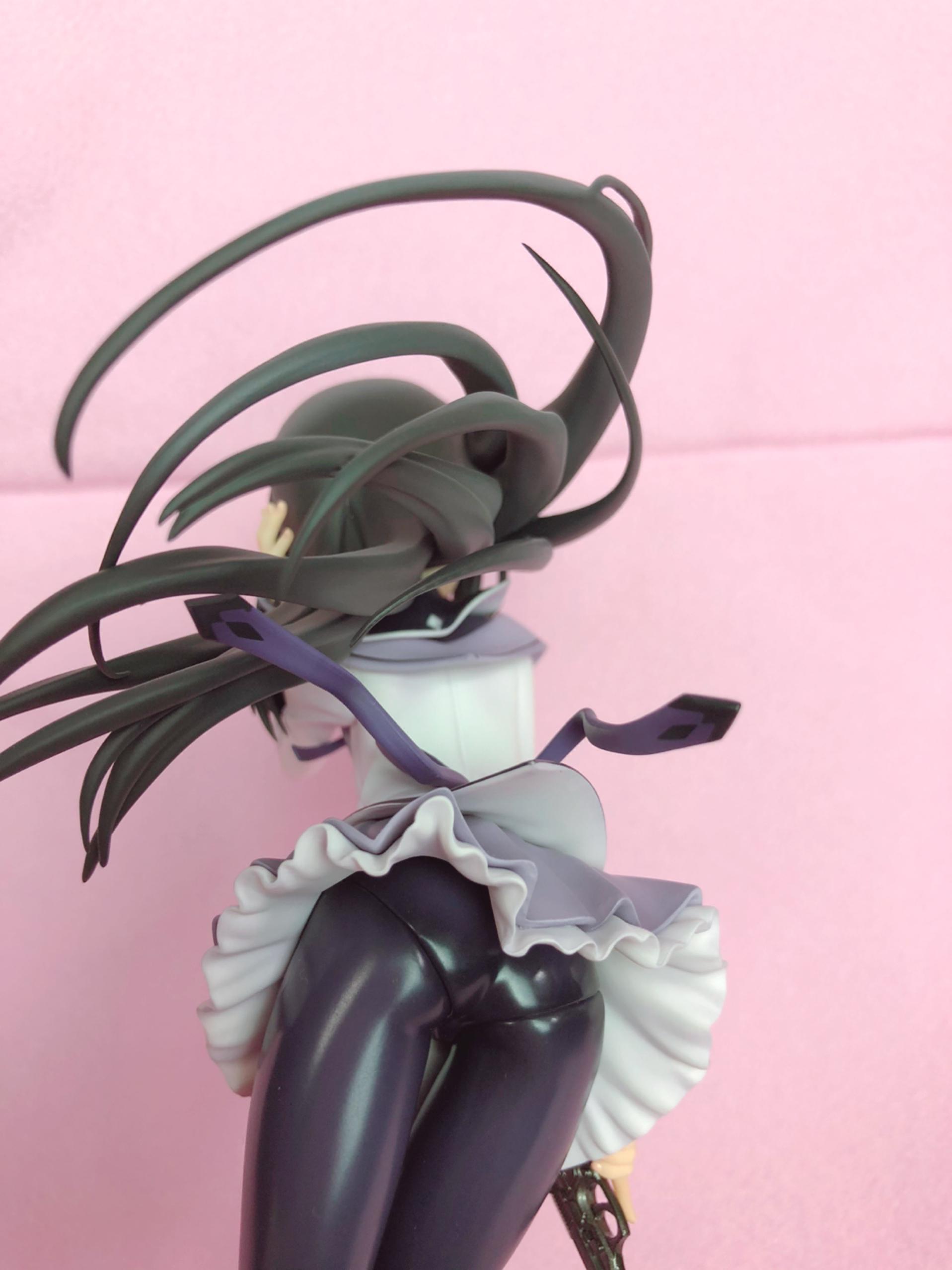 Compared to “Madoka Kaname” from the same series, she looks sharp and calm. I think she has that personality, which means she’s a very complete figurine! Even though the costume isn’t as glamorous as “Madoka Kaname’s” costume, it doesn’t feel inferior because of the great sculpting and coloring technique which is truly amazing. I believe this is a also a fantastic figurine.

Here is an article of “Madoka Kaname”: 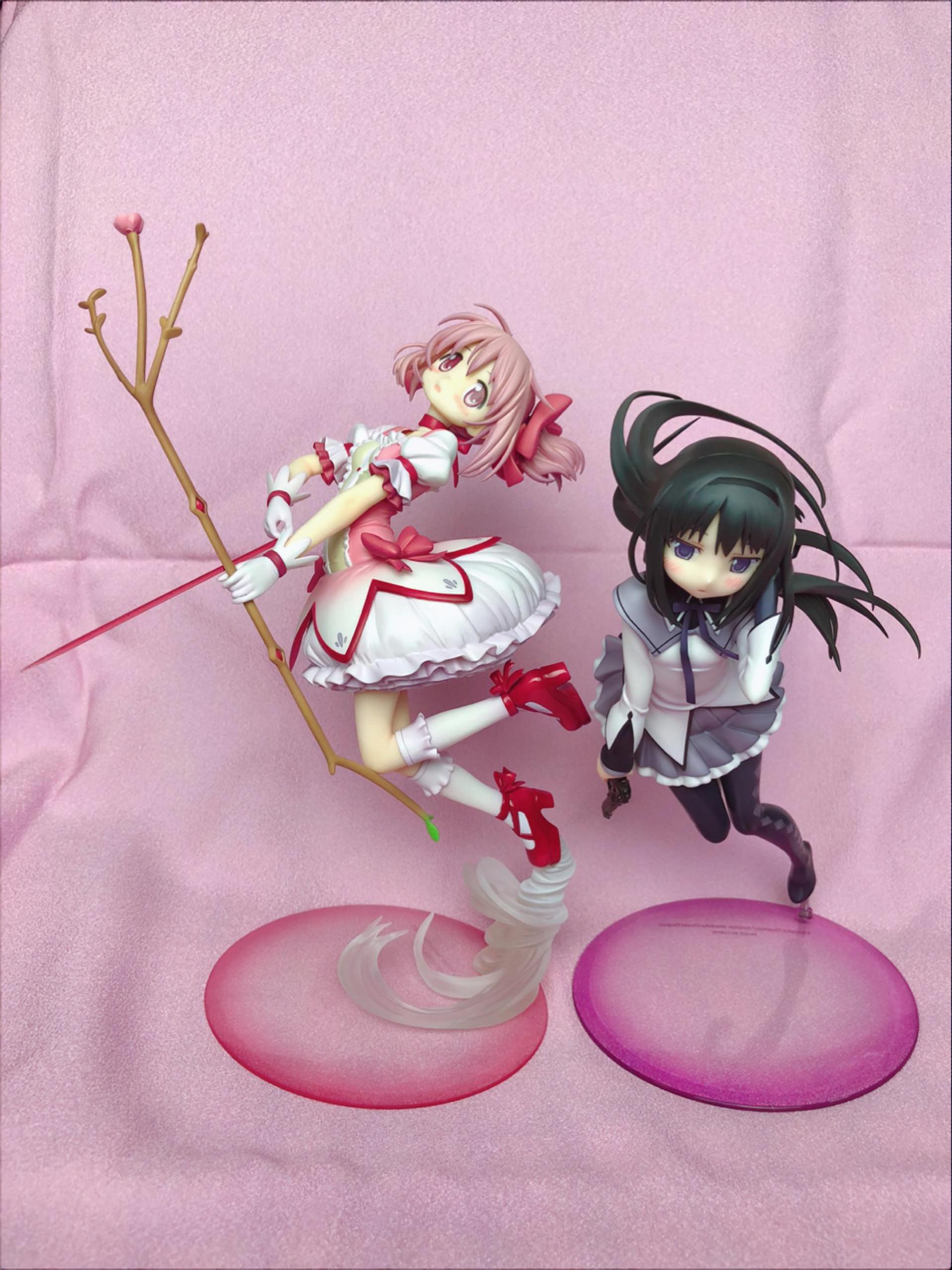 This is the introduction of “Homura Akemi ~The Beginning Story / The Everlasting~” from GOOD SMILE COMPANY! Thank you so much for reading!

It is quite popular in Japan, and after the anime was broadcasted, three movies have been released. After the anime was aired, three movies were released: “Part 1: The Beginning Story” and “Part 2: The Everlasting”, which is a compilation, and “Part 3: The Rebellion Story”, which is a completely new movie. It’s a very interesting work, so I would like you to see the latest episode, “Puella Magi Madoka Magica the Movie: [New Arc] Rebellion”

In this article, I would like to introduce GOOD SMILE COMPANY's "Madoka Kaname ~The Beginning Story / The Everlasting~"

In this article, I would like to introduce ALPHAOMEGA's "Shibuya Rin -Triad Primus Ver.-".

In this article, I would like to introduce ALTER's "Shimamura Uzuki -Hajikete♪Summer Ver.-"
Madoka Kaname ~The Beginning Story / The Everlasting~