In this article, I would like to introduce GOOD SMILE COMPANY’s “Madoka Kaname ~The Beginning Story / The Everlasting~”. 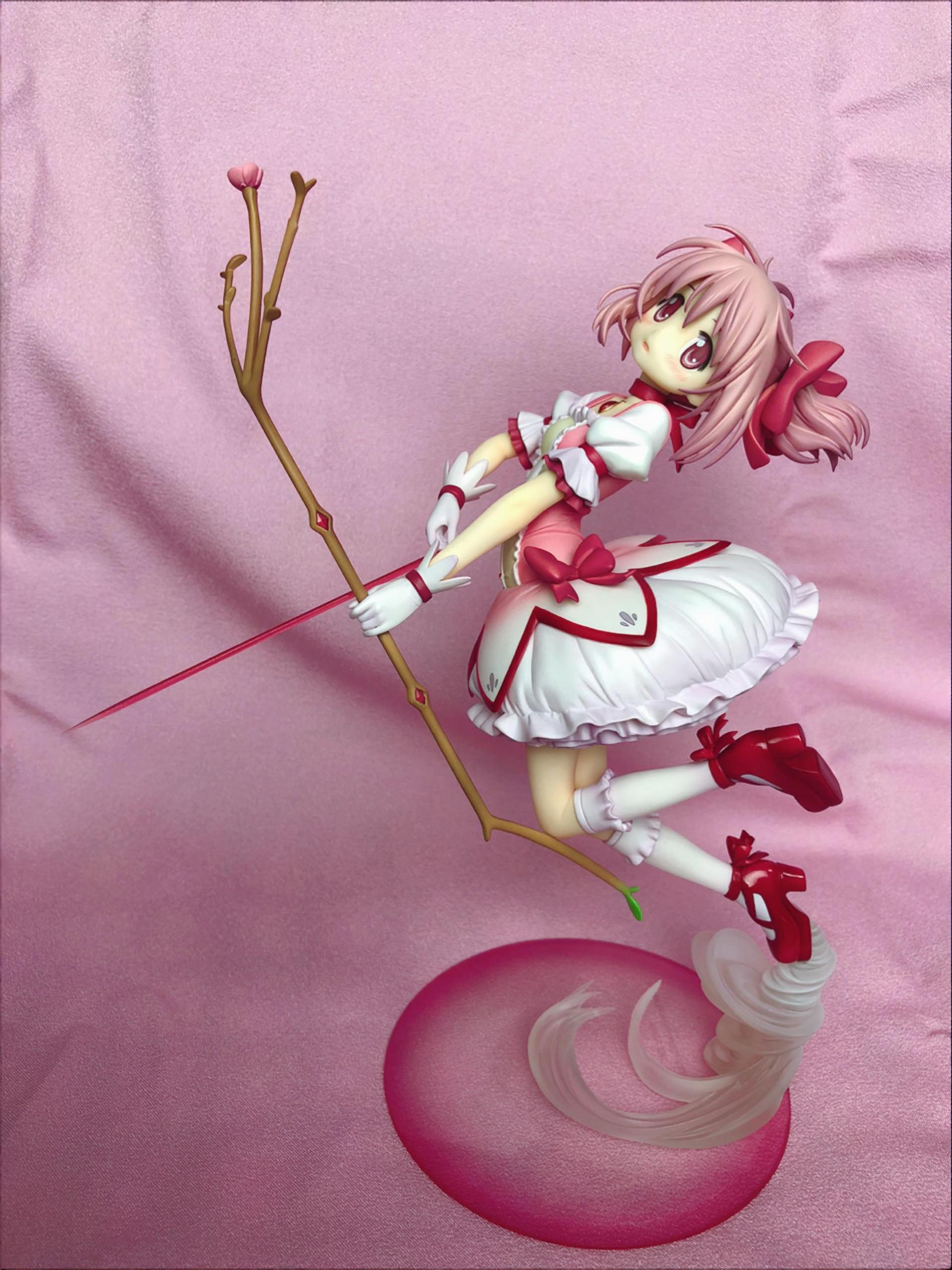 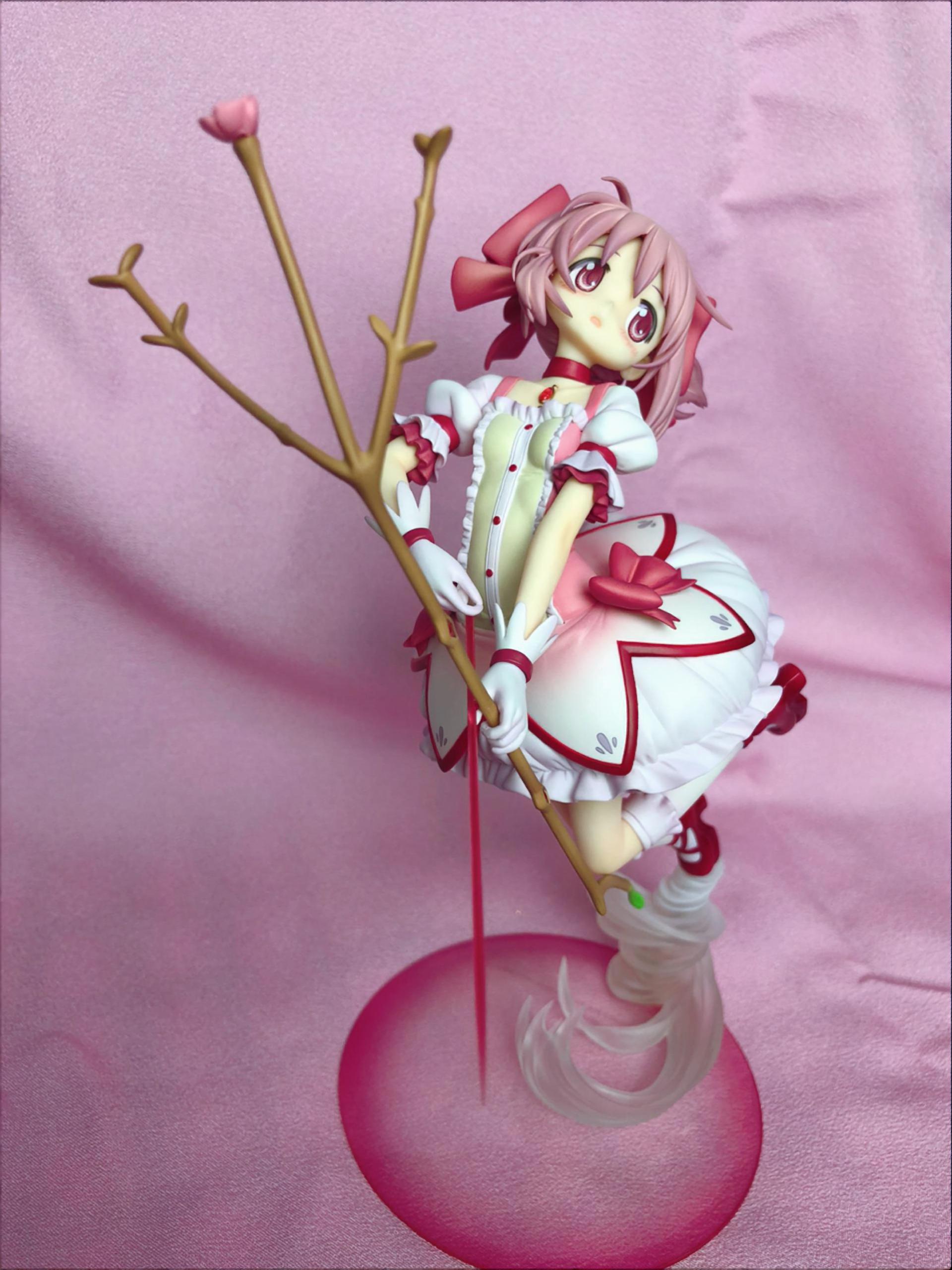 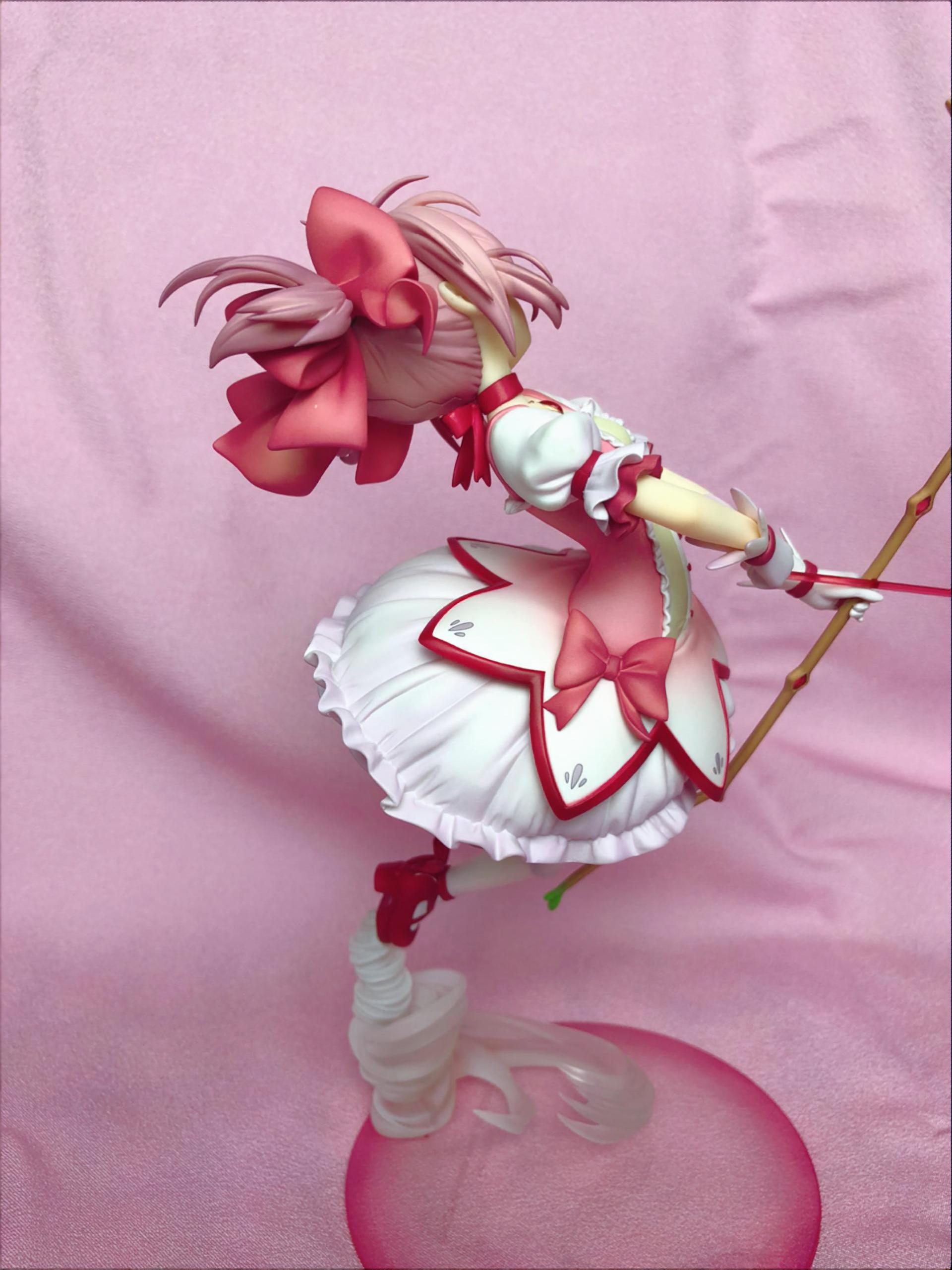 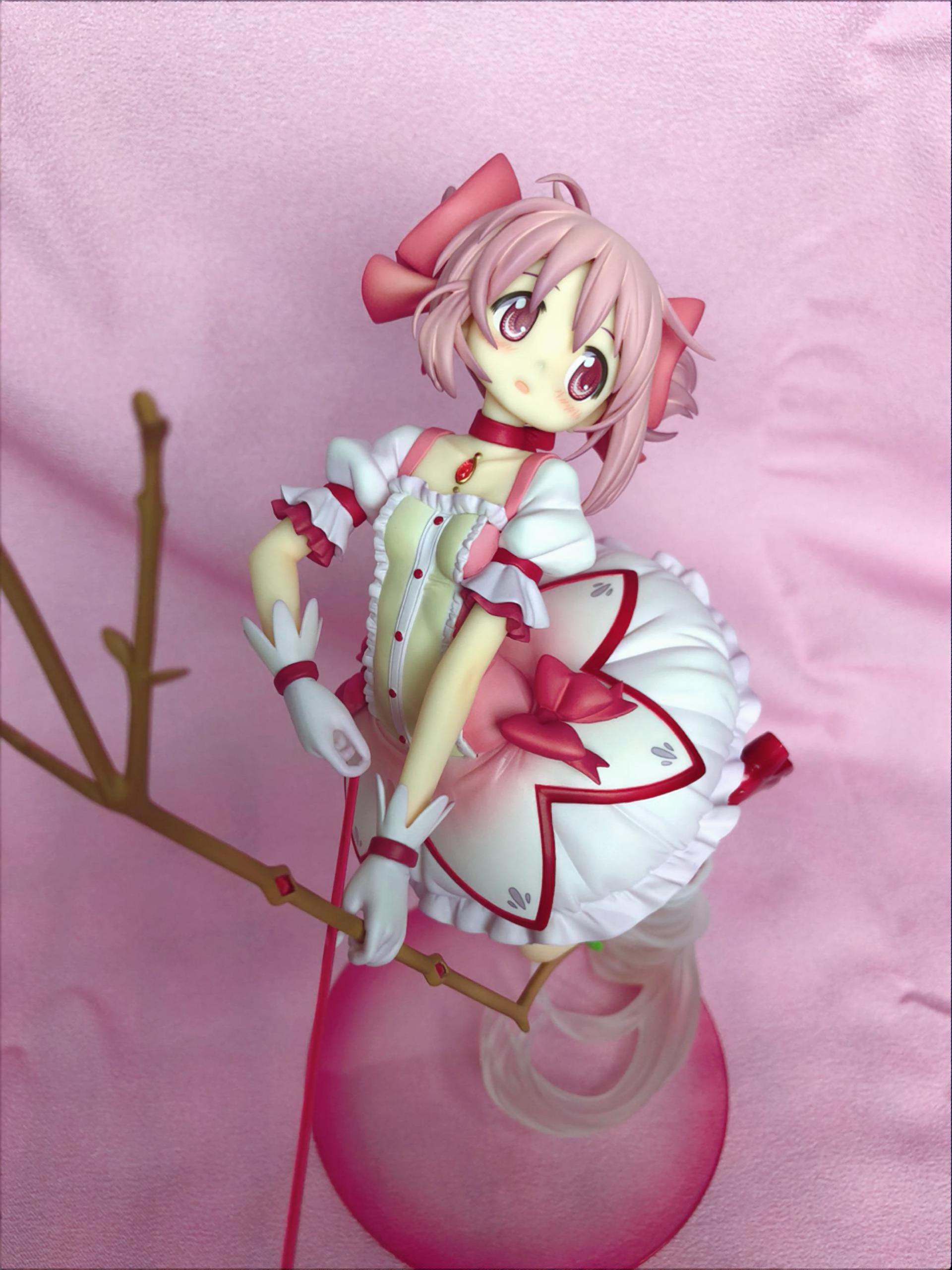 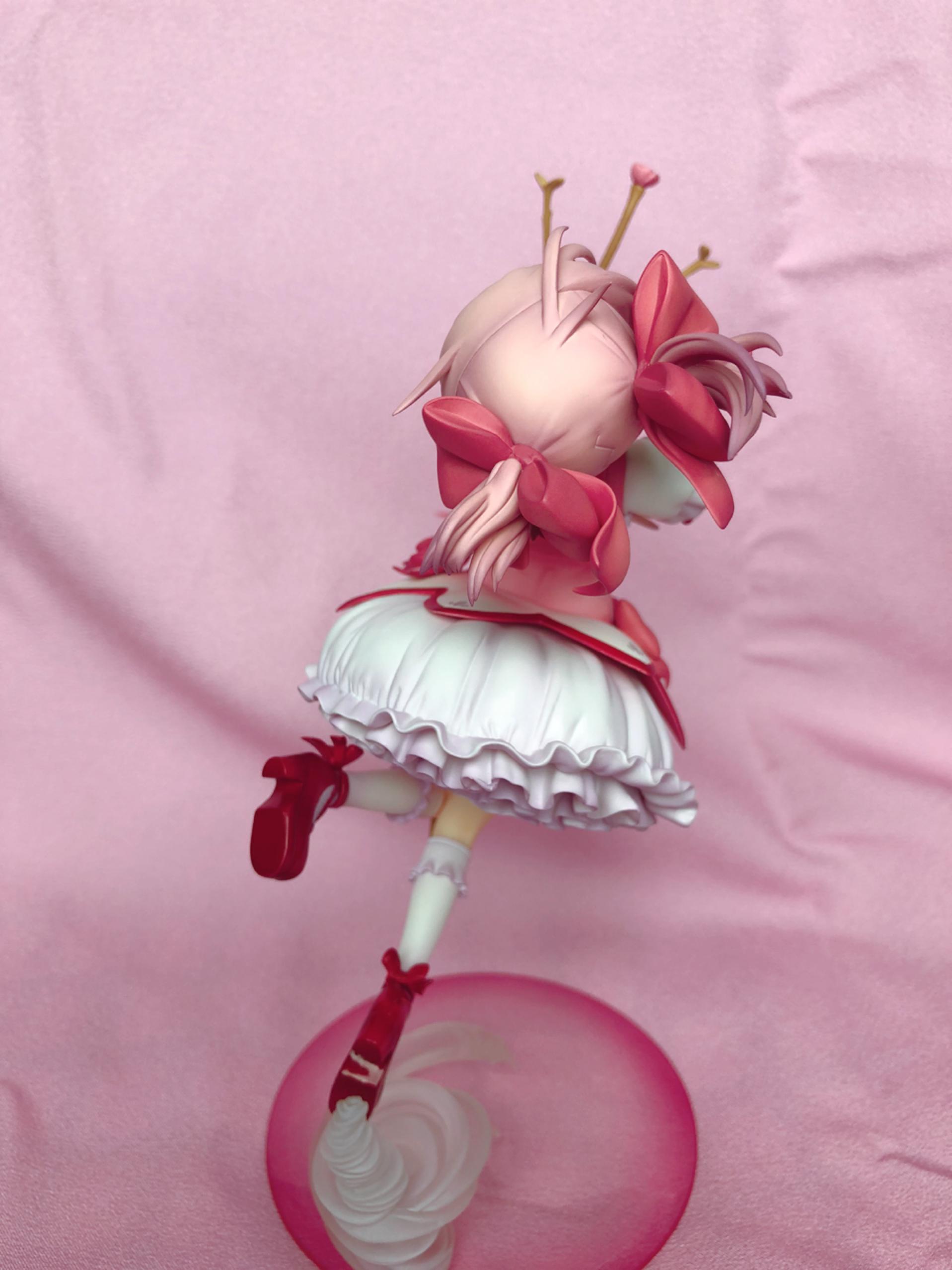 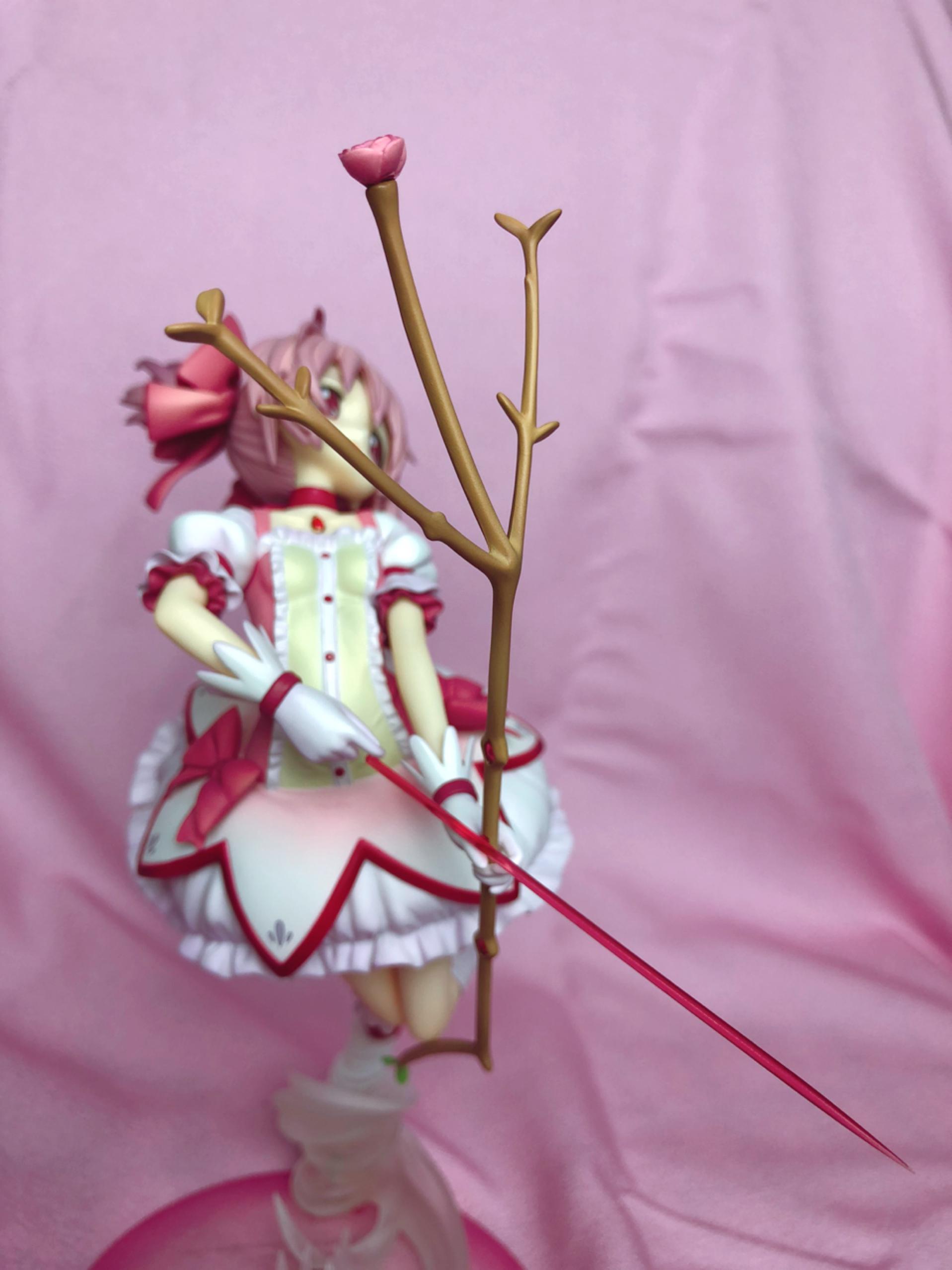 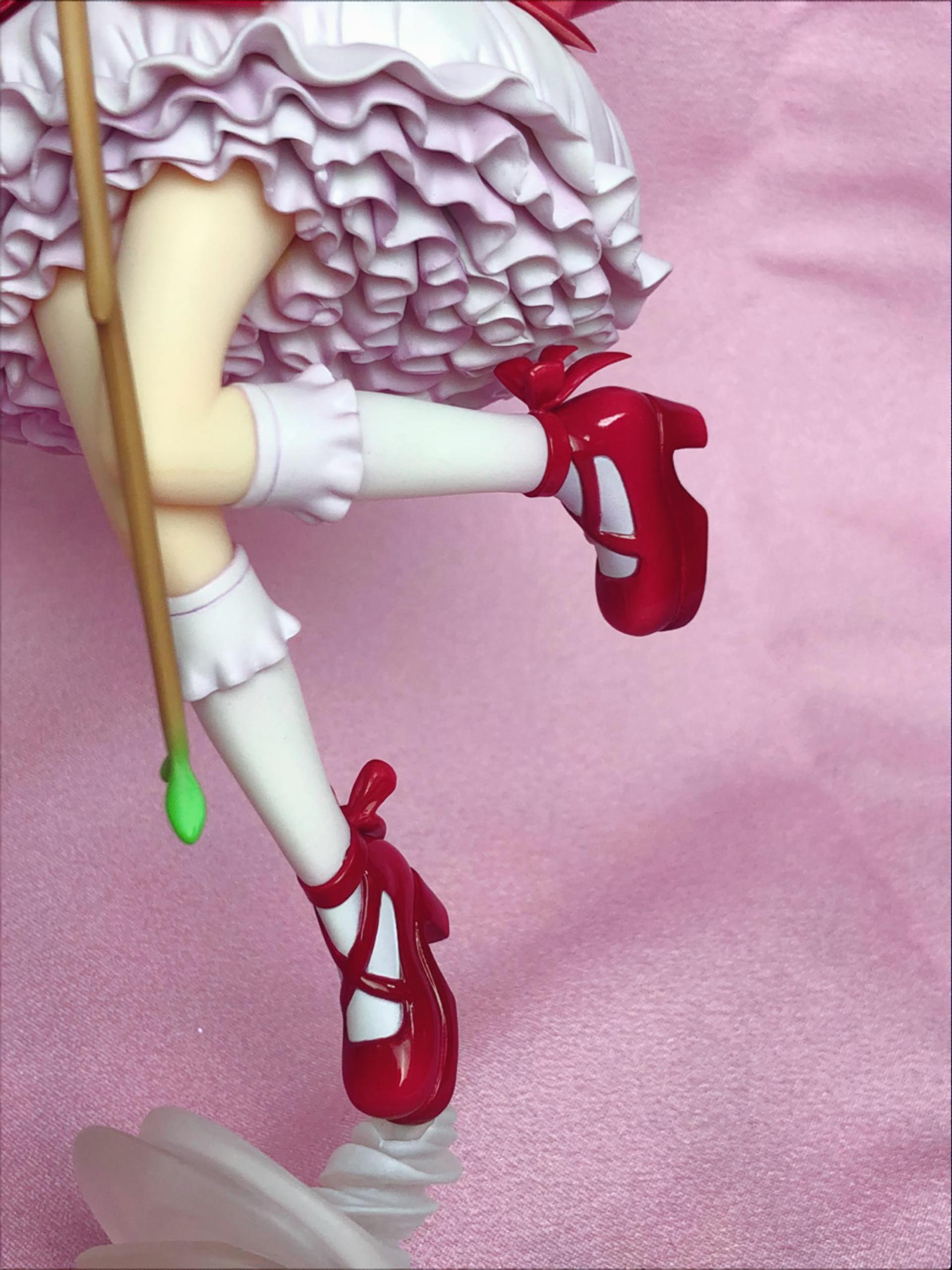 This figurine is a three-dimensional version of the movie’s key visual, drawn by the character’s original designer, Ume Aoki. The soft touch of Ume-teature’s illustrations has been recreated!

Here are three of my favorite things about this figurine!

Those fluffy balloon skirts are so cute! In the original illustration for this figurine, you can see the wind blowing against Madoka’s body from the front and below. It’s great to see that recreated in the figurine as well!

Let’s take a closer look at the sculpting of the skirt! The outermost part of the skirt has a lot of wrinkles etched into it, giving it a softness. The gathered area has more wrinkles than the original illustration, showing that it was carefully crafted. 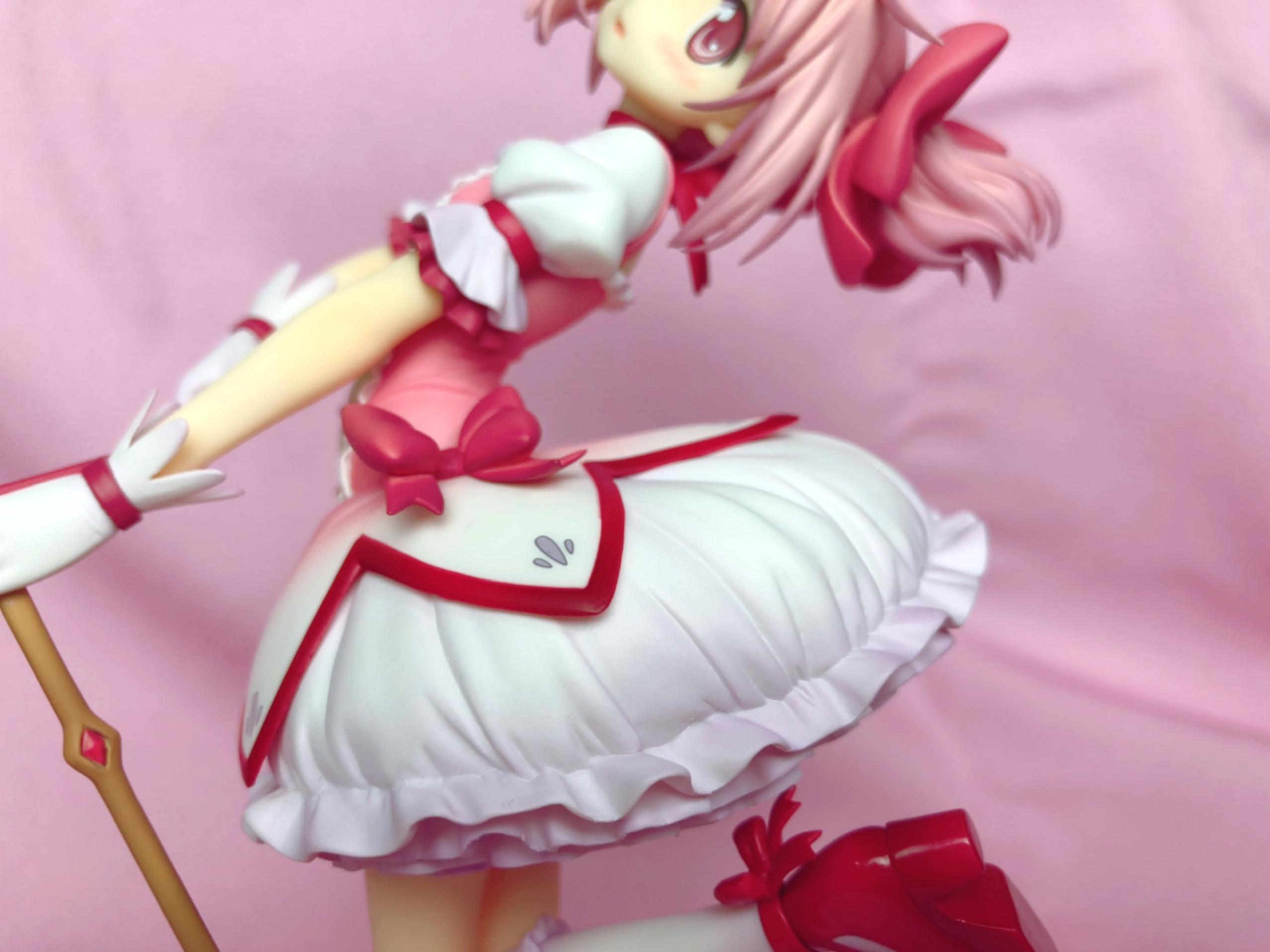 Of note are the ruffles in the balloon skirt! Look at this volume! 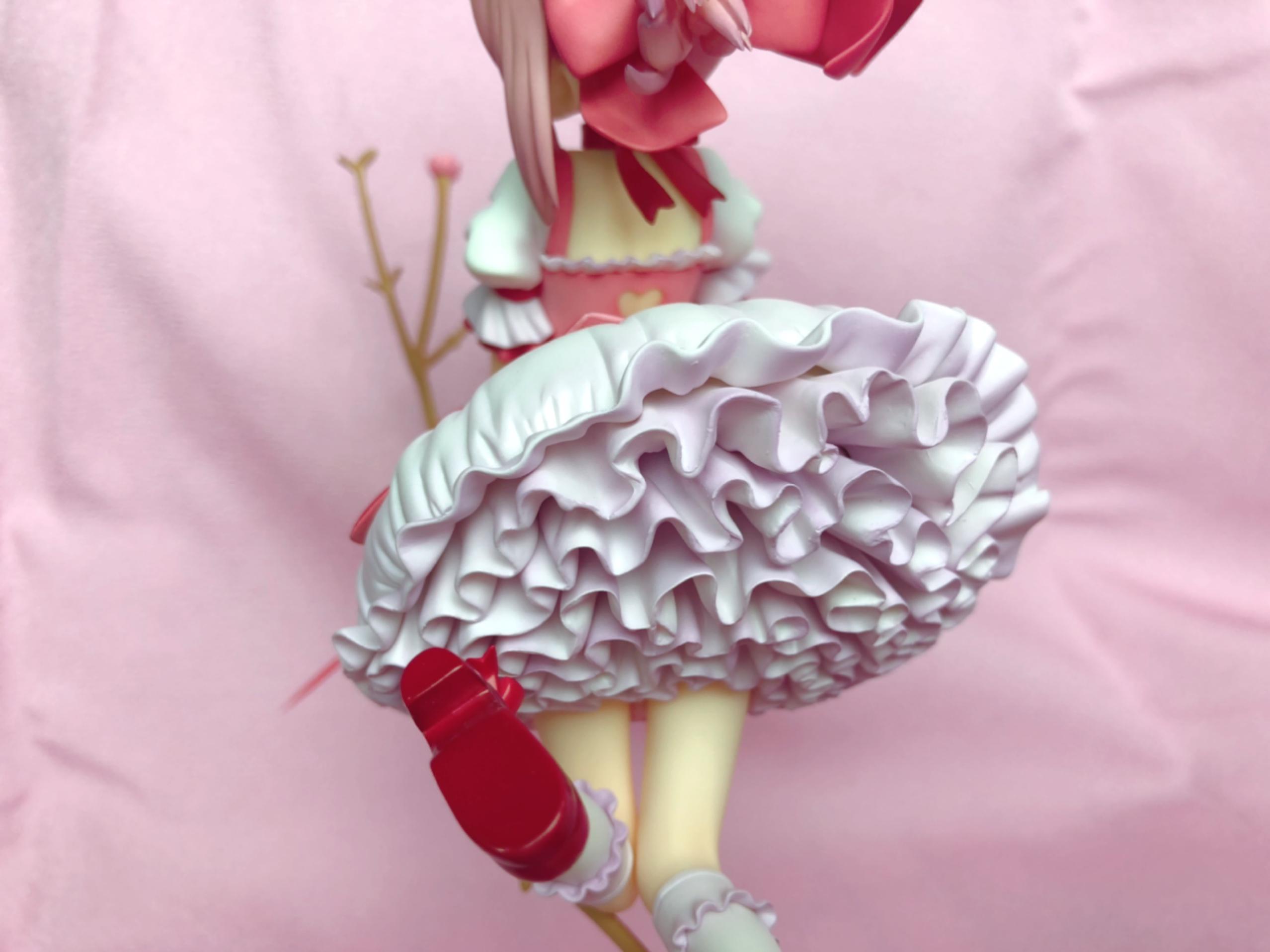 The ruffle waves are beautiful and finely crafted too. It’s quite a sight to behold, and the texture looks so fluffy! In order to represent the direction of the wind, as mentioned earlier, there are fewer ruffles on the midsection side and more on the back side. In addition, as we move toward the back, the distance between the ruffles becomes wider. This creates a breezy effect from the front of the body. Additionally, the ruffles on the back side gradually rise upwards, so you can feel the breeze from below. 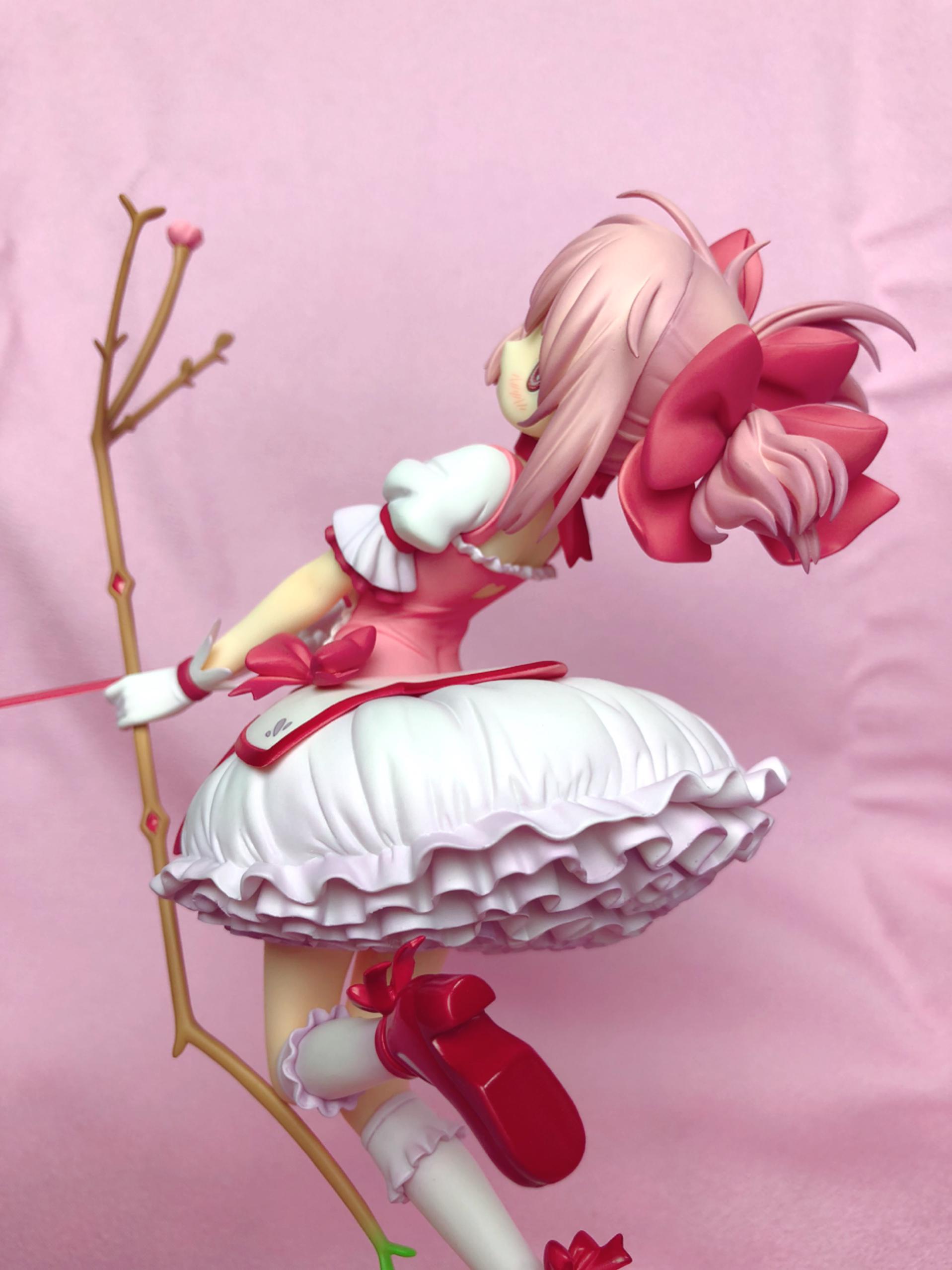 Second, let’s talk about the pose.

The pose is very dynamic, as it looks like you are jumping and drawing a bow. Since it’s a backward bowing pose, I think it will emphasize the ribs on all sides and the hollows of the spine in the back. It may be hard to see in the picture, but those areas are also represented in this figurine. 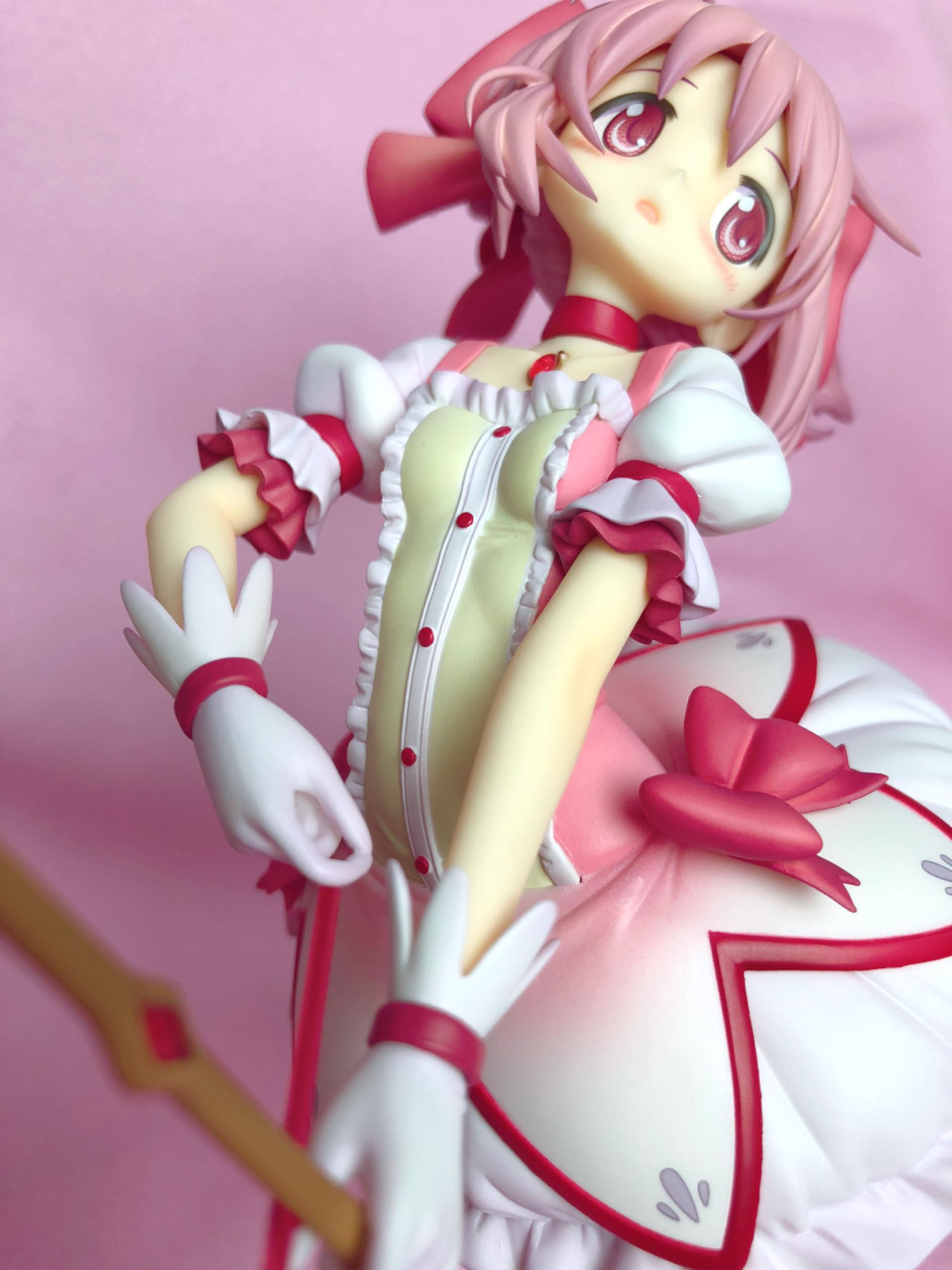 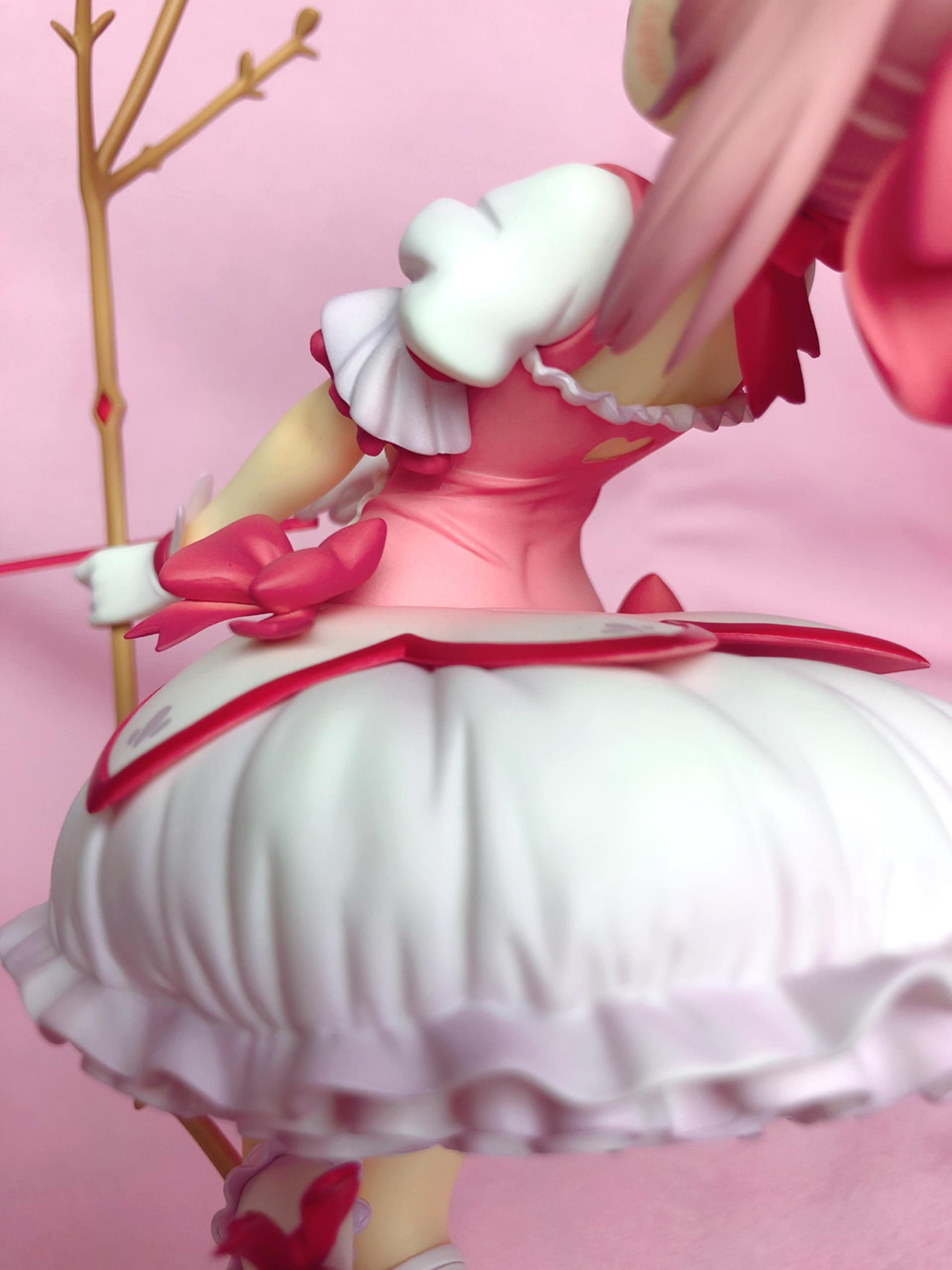 I also like the way the right and left legs are bent at different angles, and the way the skin on the thighs is varied, which gives a sense of attention to detail. 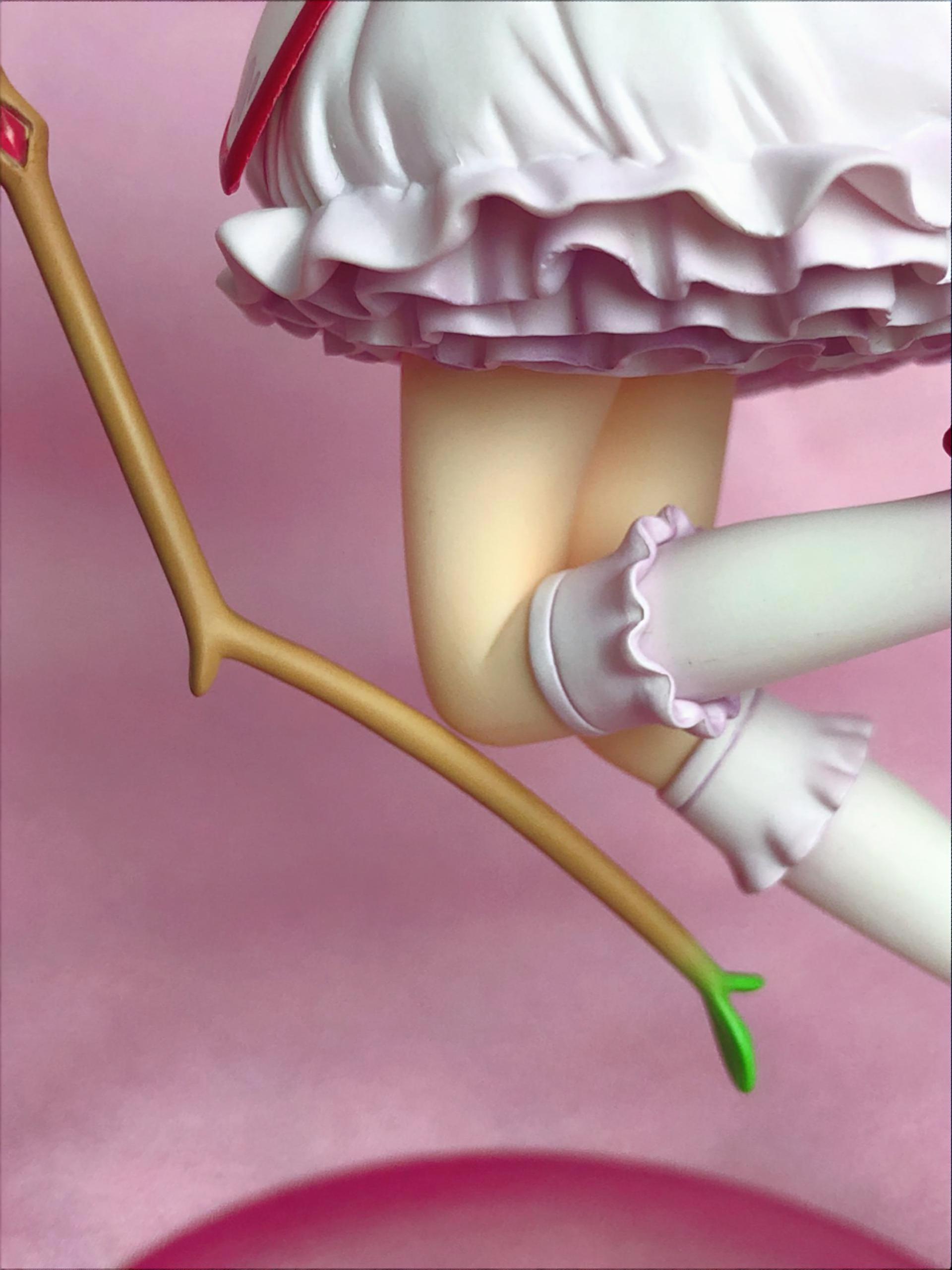 Third, let’s talk about the modeling of the pedestal.

The wind that I was able to sense from the shape of the skirt is actually expressed on the pedestal. I think this gives the whole thing a sense of unity. The use of clear parts also gives it a nice airy feel. 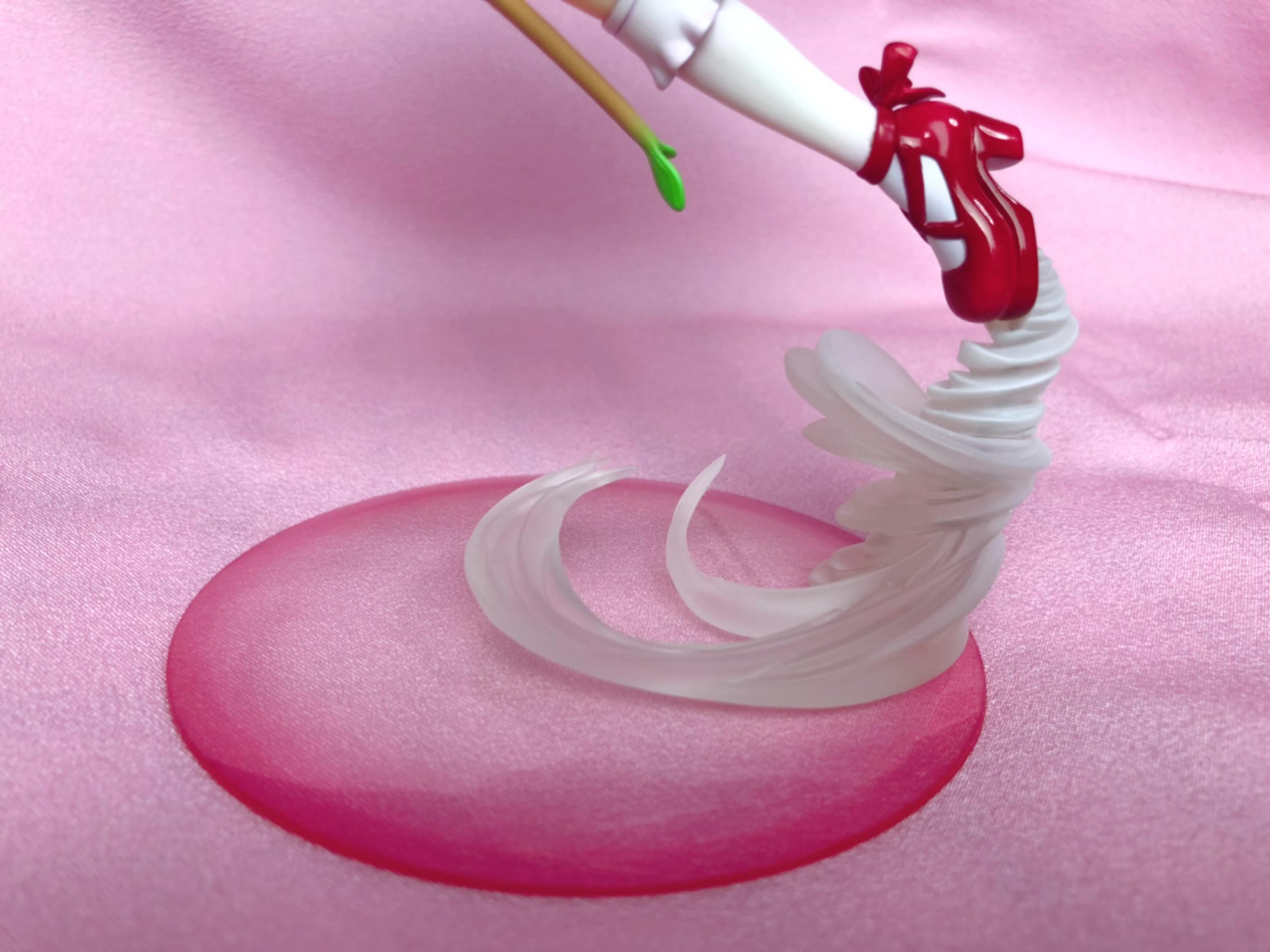 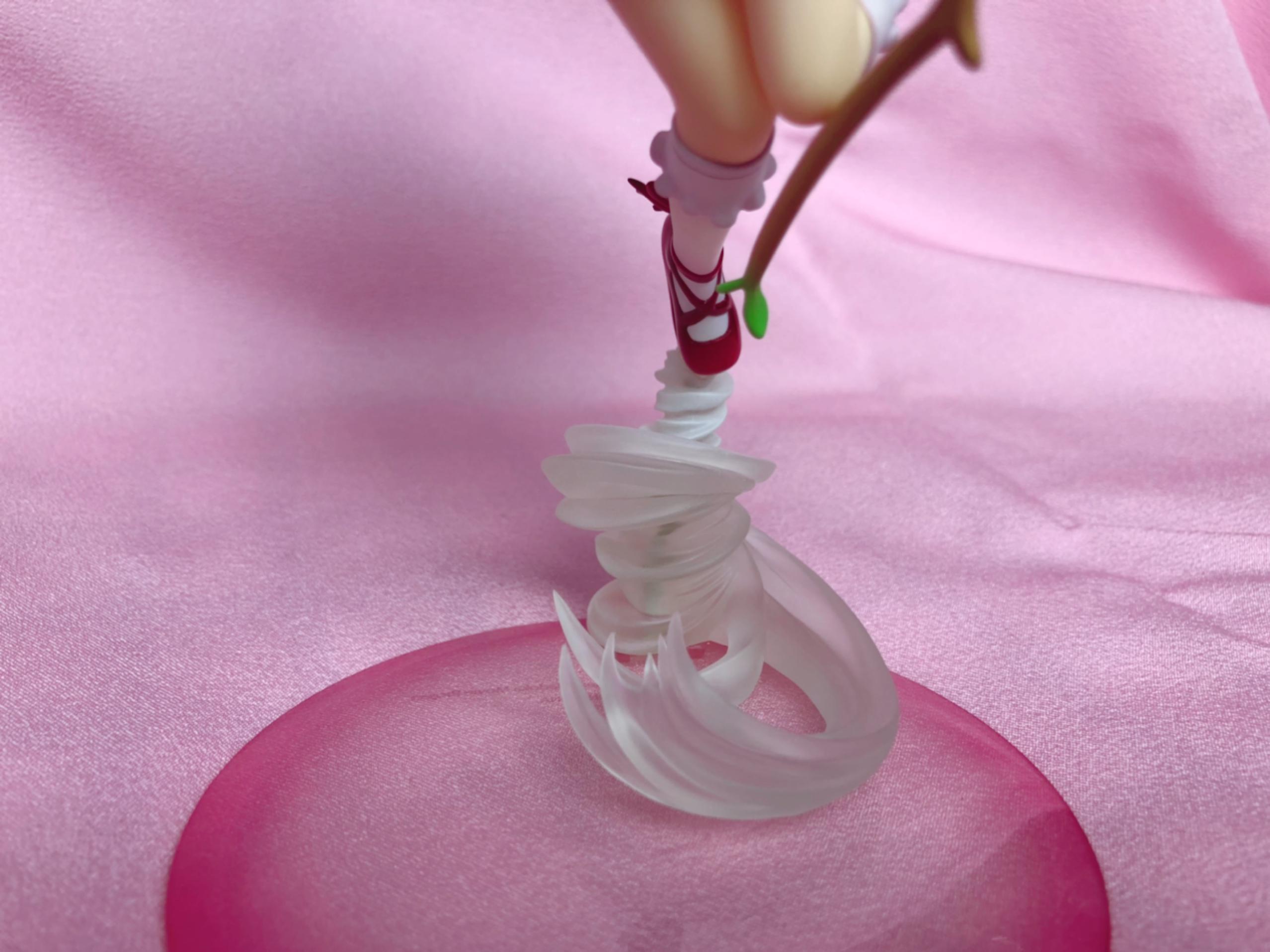 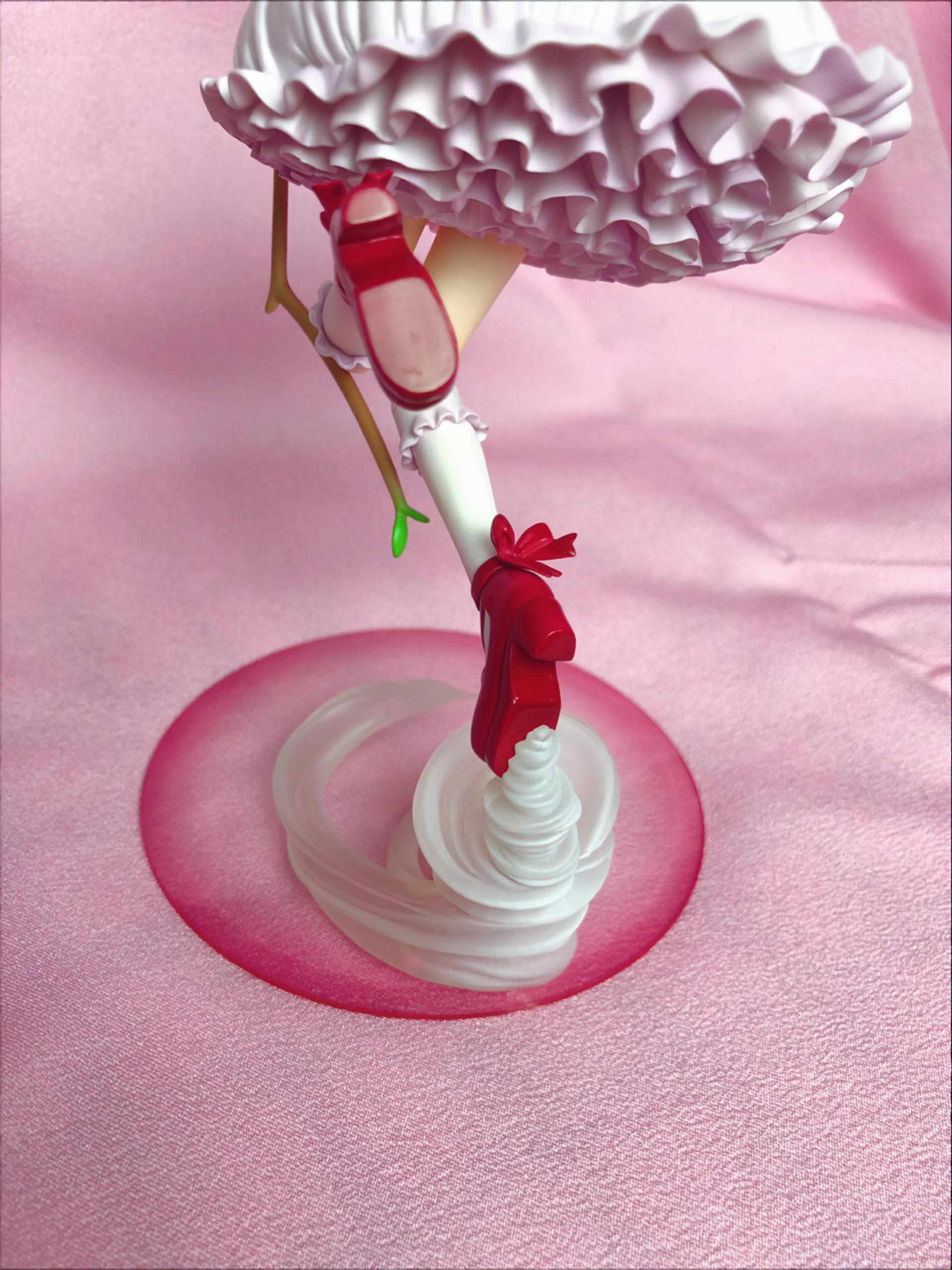 The visualized wind has a number of currents carved into it, and you can feel the strength in its subtlety. It kind of represents the personality of this figurine, Madoka Kaname. The addition of this pedestal to her body averted pose seems to add more polish to her dynamism!

Overall, what I like about this figurine is that it has a softness to it, but also a sense of liveliness, and you can feel the wind and air. You can almost visualize and feel the air around her is filled with magic. Isn’t it kind of exciting to look at her with that in mind? 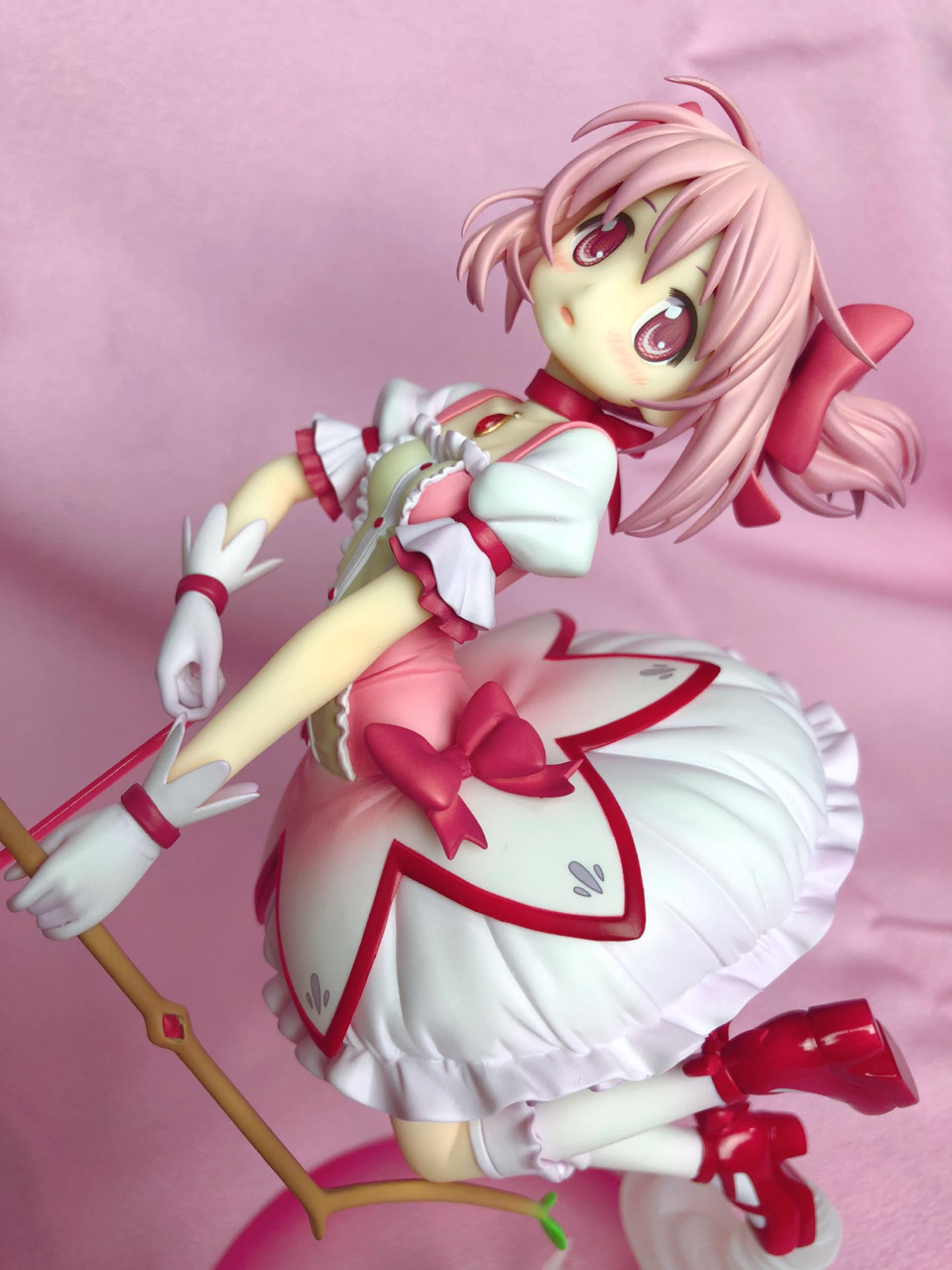 This is the introduction of “Madoka Kaname ~The Beginning Story / The Everlasting~” from Good Smile Company! Thank you so much for reading!

It is quite popular in Japan, and after the anime was broadcasted, three movies have been released. After the anime was aired, three movies were released: “Part 1: The Beginning Story” and “Part 2: The Everlasting”, which is a compilation, and “Part 3: The Rebellion Story”, which is a completely new movie. It’s a very interesting work, so I would like you to see the latest episode, “Puella Magi Madoka Magica the Movie: [New Arc] Rebellion”

In this article, I would like to introduce ALPHAOMEGA's "Shibuya Rin -Triad Primus Ver.-".

In this article, I would like to introduce ALTER's "Shimamura Uzuki -Hajikete♪Summer Ver.-"